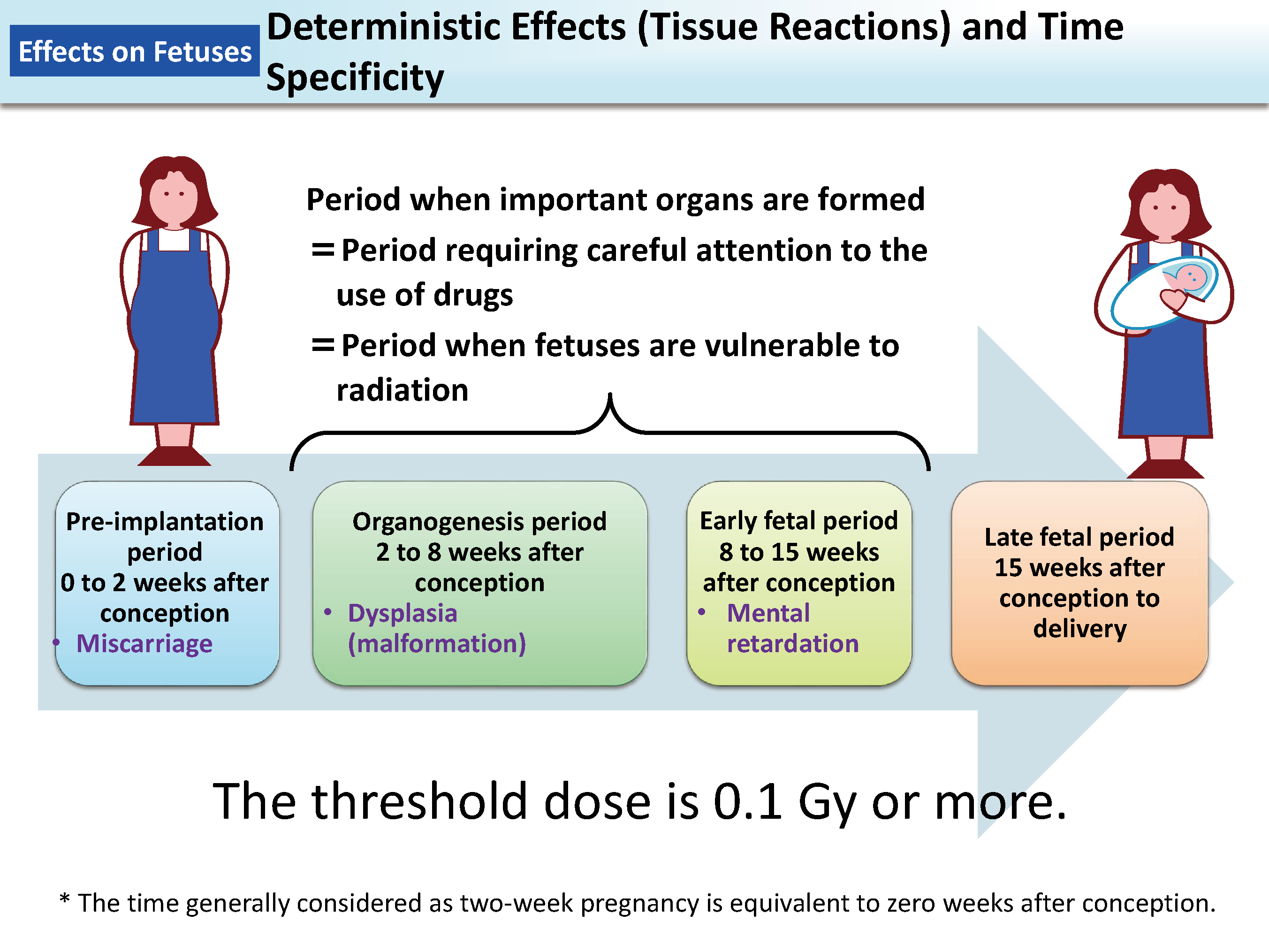 Deterministic effects (tissue reactions) include fetal effects for which the threshold dose is especially low. When a pregnant woman is exposed to radiation and radiation passes through her womb or radioactive materials migrate into her womb, her unborn baby may also be exposed to radiation.

It is known that fetuses are highly sensitive to radiation and incidence of effects has time specificity. Radiation exposure exceeding 0.1 Gy at an early stage of pregnancy (preimplantation period) may lead to miscarriage.

The period when fetuses are highly sensitive to radiation coincides with the period during which pregnant women are advised not to take drugs carelessly. During this period before the stable period, fetuses are vulnerable to both drugs and radiation. Fetal effects are caused by radiation exposure exceeding 0.1 Gy. Therefore, the International Commission on Radiological Protection (ICRP) states in its 2007 Recommendations that a fetal absorbed dose less than 0.1 Gy should not be considered as a ground for abortion. Exposure to 0.1 Gy of radiation is equivalent to exposure to 100 mSv of γ-rays or X-rays at one time. Incidentally, fetuses' exposure doses are not always the same as their mothers' exposure doses. Risks of stochastic effects such as cancer or heritable effects also increase depending on exposure dose levels.