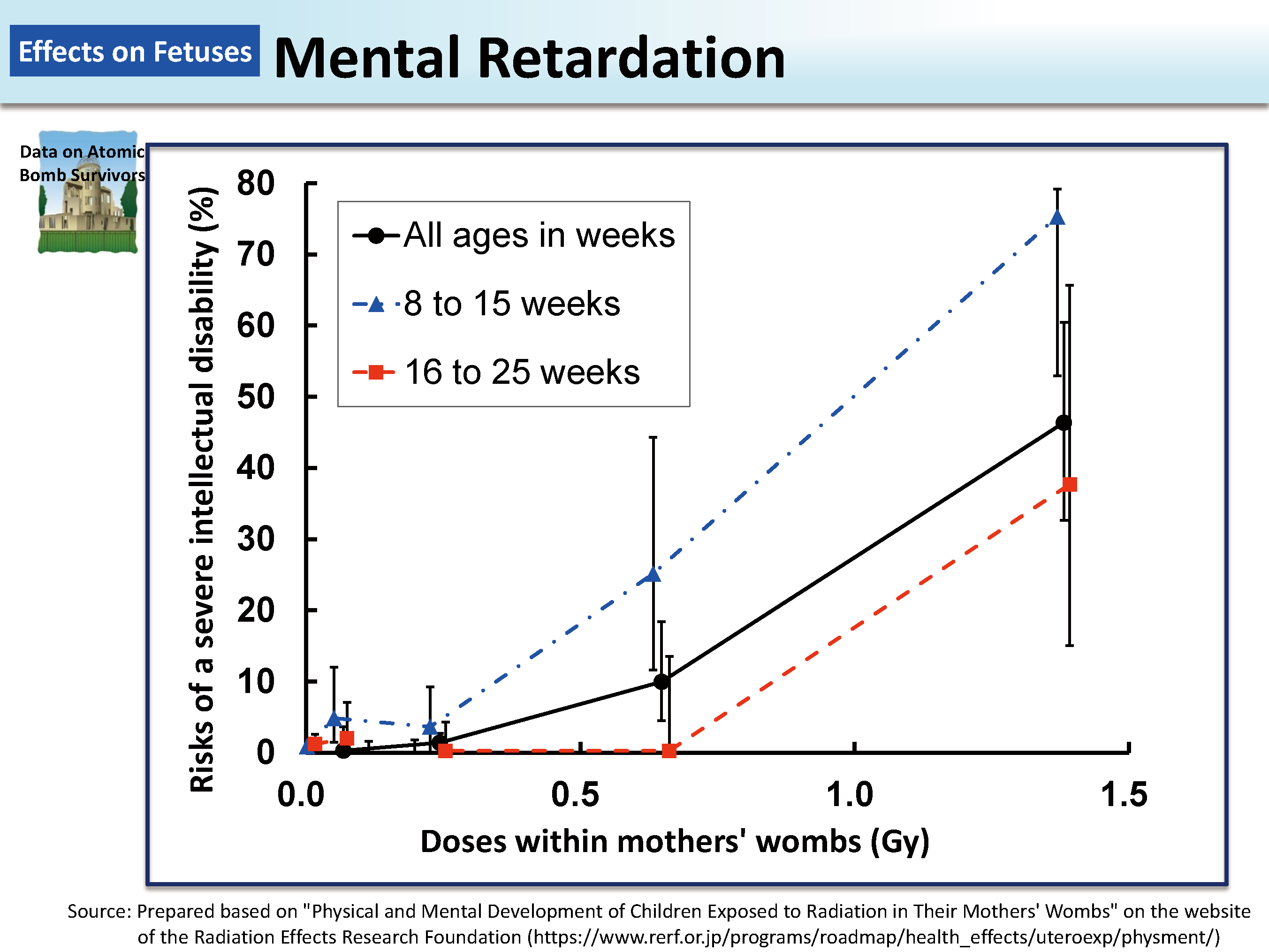 Time specificity in fetal effects was made clear through health surveys on a group of people who were exposed to radiation in their mothers' wombs due to the atomic bombing.

This figure shows the relationship between ages in weeks at the time of the atomic bombing and its effects on fetuses' mental development.

Those aged 8 to 15 weeks show high radiosensitivity and the threshold value for exposure doses in mothers' wombs seems to be between 0.1 Gy and 0.2 Gy. In the range above this level, the incidence rate of a severe intellectual disability increases as doses increase, as observed in the figure.

On the other hand, a severe intellectual disability is not observed among those who were aged 16 to 25 weeks and were exposed to radiation at doses around 0.5 Gy, but radiation exposure exceeding 1 Gy caused mental disorders at a significant frequency.