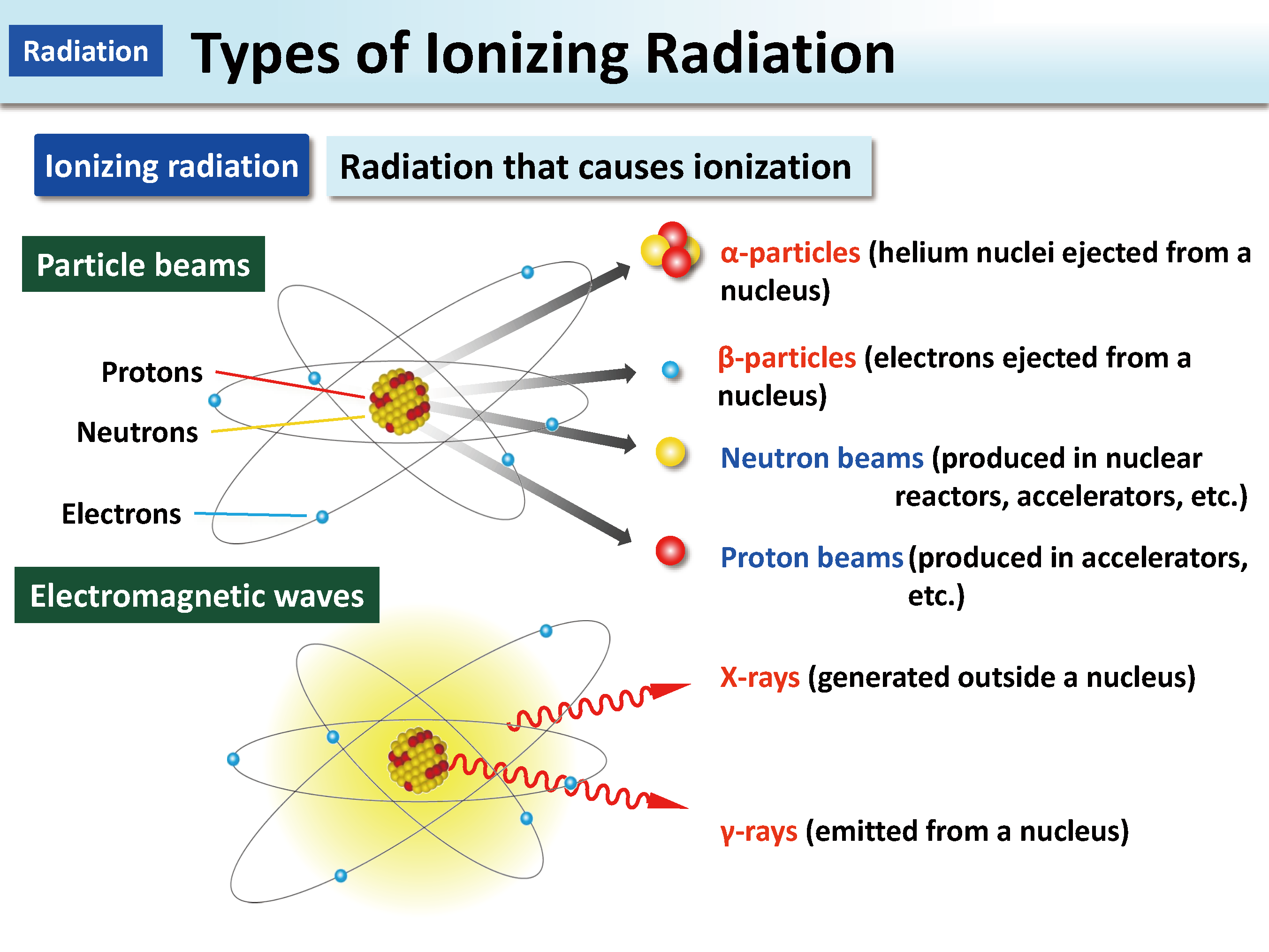 α-particles are helium nuclei consisting of two protons and two neutrons that have been ejected at high speed, while β-particles are electrons ejected from a nucleus. Particle beams also include neutron beams and proton beams.

γ-rays and X-rays are types of electromagnetic waves. While α-particles, β-particles, and γ-rays are emitted from a nucleus, X-rays used in X-ray examination for medical checkups and the like are electromagnetic waves generated outside a nucleus. X-rays generated in X-ray tubes are used in X-ray examination. X-rays include braking X-rays and characteristic X-rays (p.16 of Vol. 1, "X-rays for Medical Use and Generators").