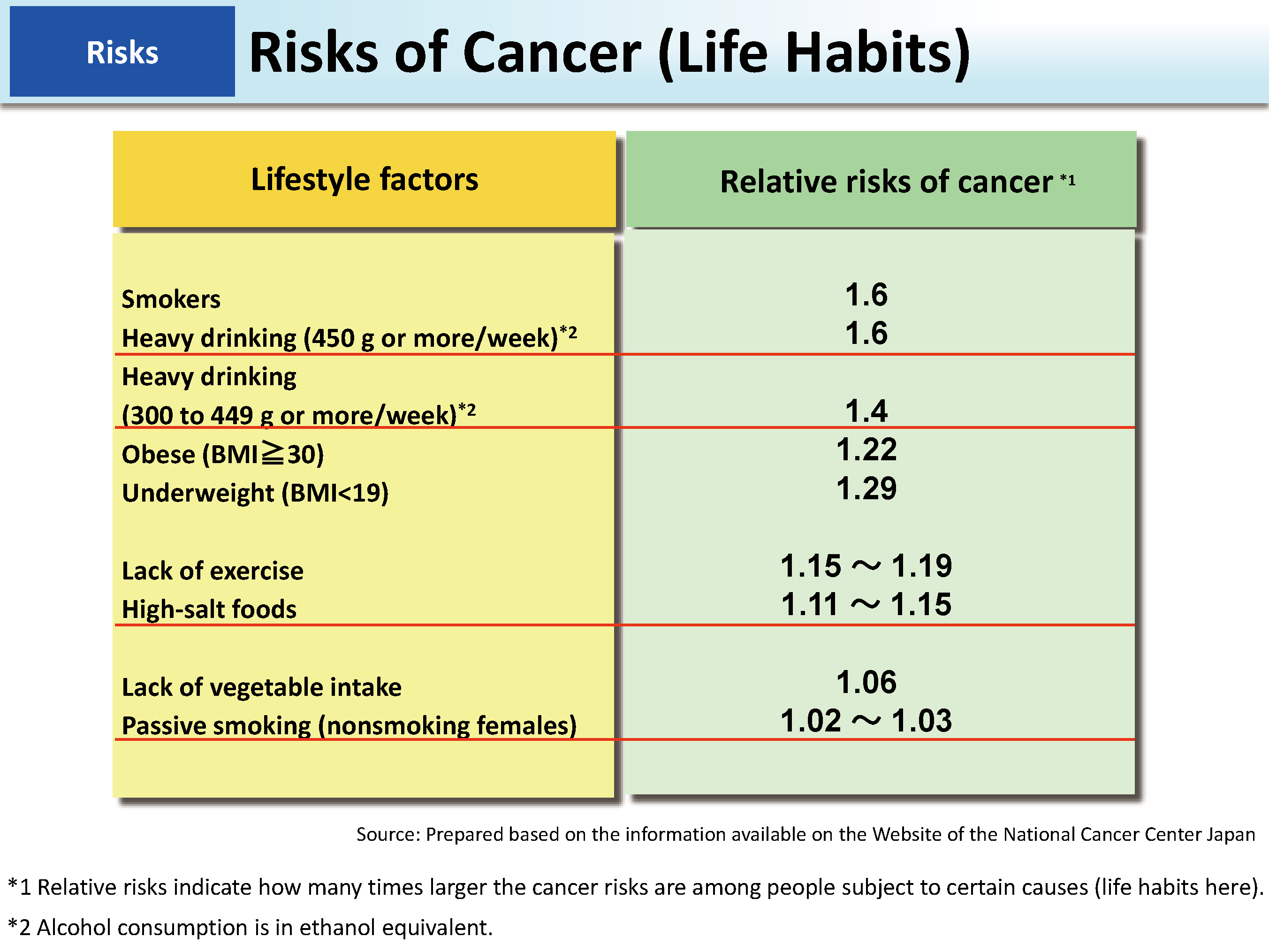 The table above shows relative risks of cancer due to respective life habits as released by the National Cancer Center Japan.