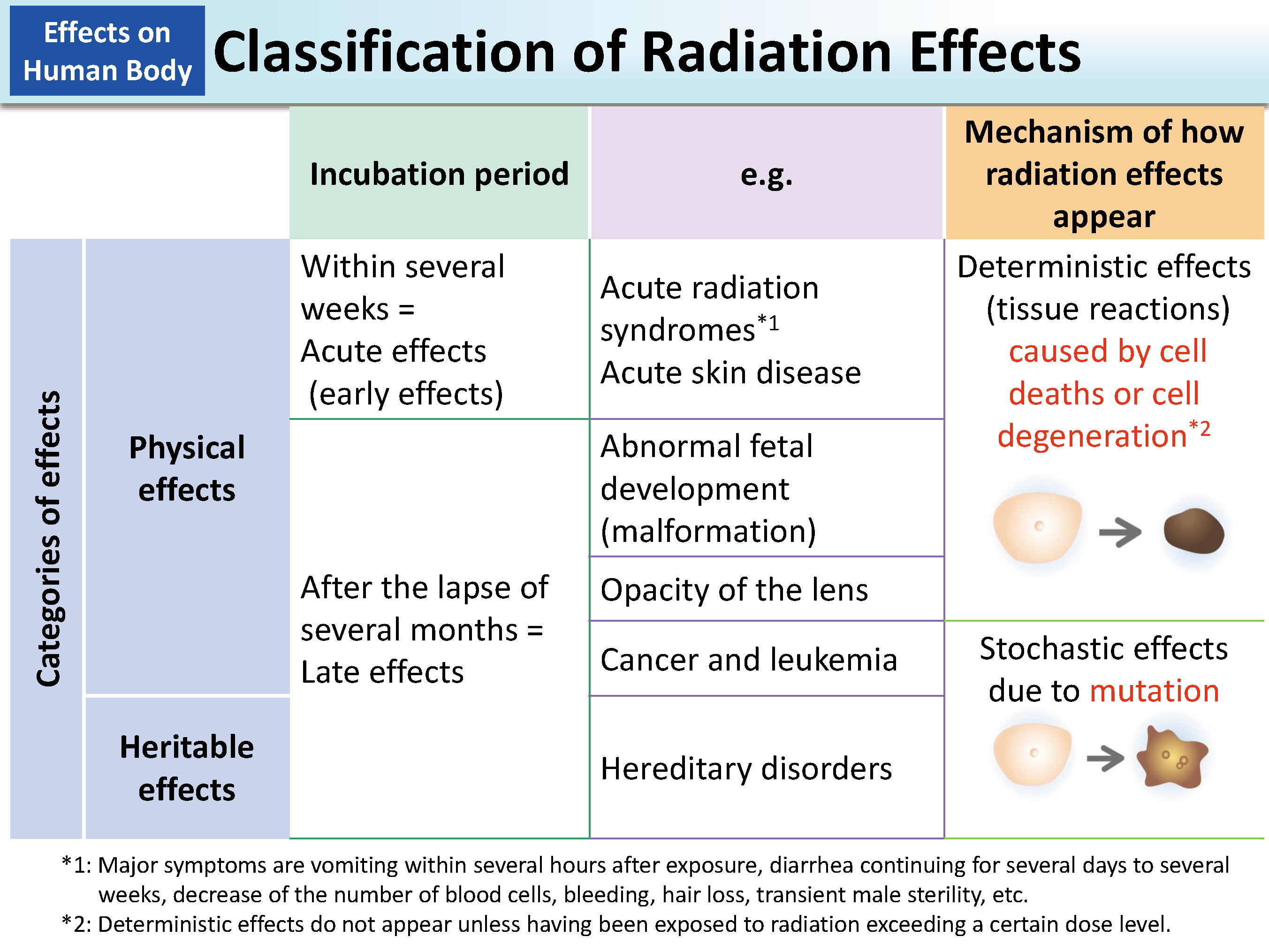 Radiation effects may also be classified depending on the length of time until any symptom appears after exposure. That is, there are acute effects (early effects) that appear relatively early after exposure and late effects that appear after the lapse of several months.

Another classification is based on the difference in mechanisms of how radiation effects appear, i.e., deterministic effects (tissue reactions) and stochastic effects.

Deterministic effects (tissue reactions) are symptoms caused by deaths or degeneration of a number of cells constituting organs and tissues. For example, after exposure to a relatively large amount of radiation, a skin injury or a decrease of the number of blood cells due to deterioration of hemopoietic capacity may occur within several weeks (acute radiation syndrome). Exposure to a large amount of radiation during pregnancy may cause some effects on the fetus and radiation exposure to the eyes may induce cataracts after a while.

On the other hand, stochastic effects are caused by mutation of cell genes, such as cancer and heritable effects. Radiation may damage DNA, which may result in genetic mutation (p.88 of Vol. 1, "Damage and Repair of DNA"). Each mutation is unlikely to lead to diseases, but theoretically, the possibility of causing cancer or heritable effects cannot be completely denied. Therefore, in relation to cancer or heritable effects, exposure doses are managed on the safe side under the assumption that there is no threshold dose.

(Related to p.86 of Vol. 1, "Deterministic Effects (Tissue Reactions) and Stochastic Effects," and p.108 of Vol. 1, "Risks of Heritable Effects for Human Beings")