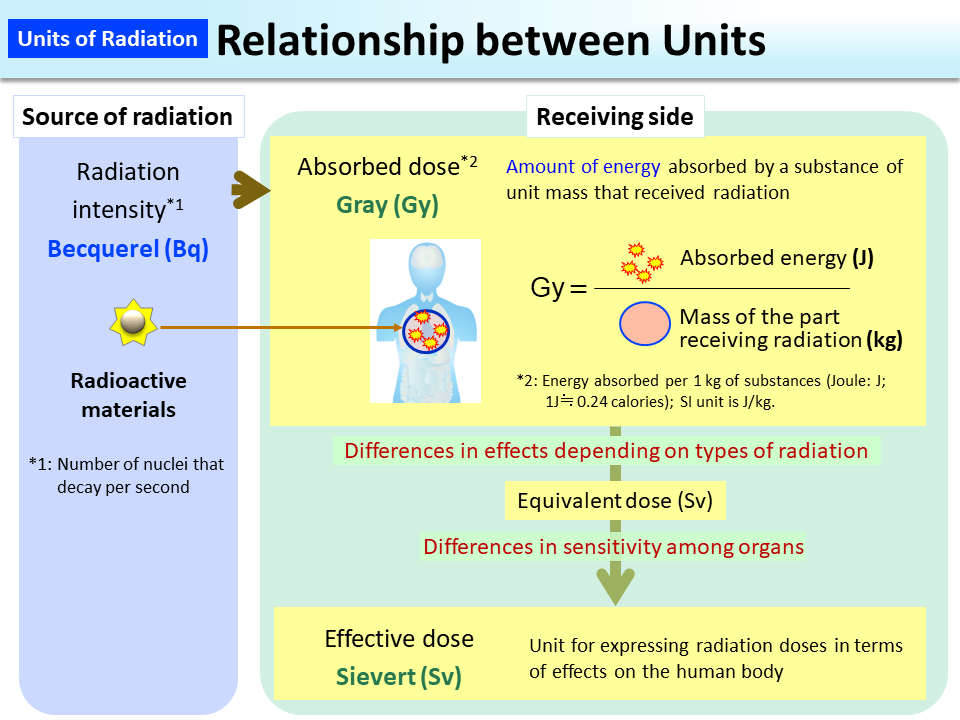 When radiation passes through something, its energy is absorbed there. Gray is a unit for indicating the absorbed dose.

The extent of effects on the human body varies depending on the types and energy quantities of radiation even if the absorbed doses are the same. Doses weighting health effects of respective types of radiation are equivalent doses (expressed in sieverts). The effective dose (expressed in sieverts) was developed for exposure management in radiological protection. In contrast to the equivalent dose, the effective dose weights differences in sensitivity among organs and tissues and sums them up to express the radiation effects on the whole body.