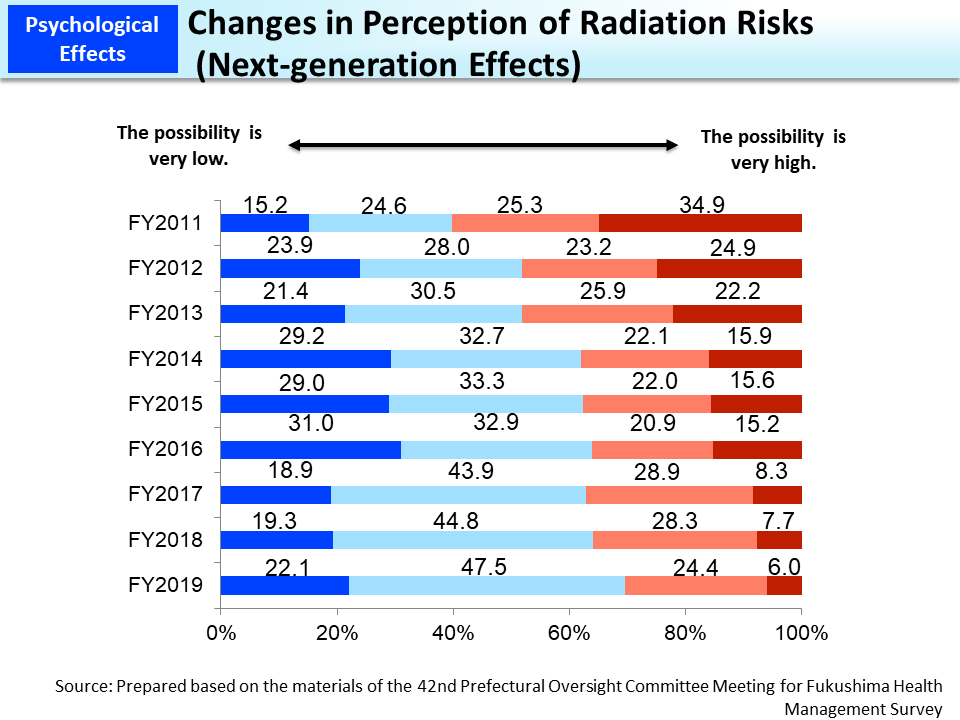 Such worries over next-generation effects of radiation tend to cause discrimination and prejudice and doubt about future chances of getting married or having children. As shown in the survey results, if disaster victims themselves feel in this manner or have self-stigmas (self-prejudice), their confidence and identity may be shaken significantly and their future life plans may be affected accordingly. It is necessary to note the sensitiveness of such worries and prejudice for disaster victims.