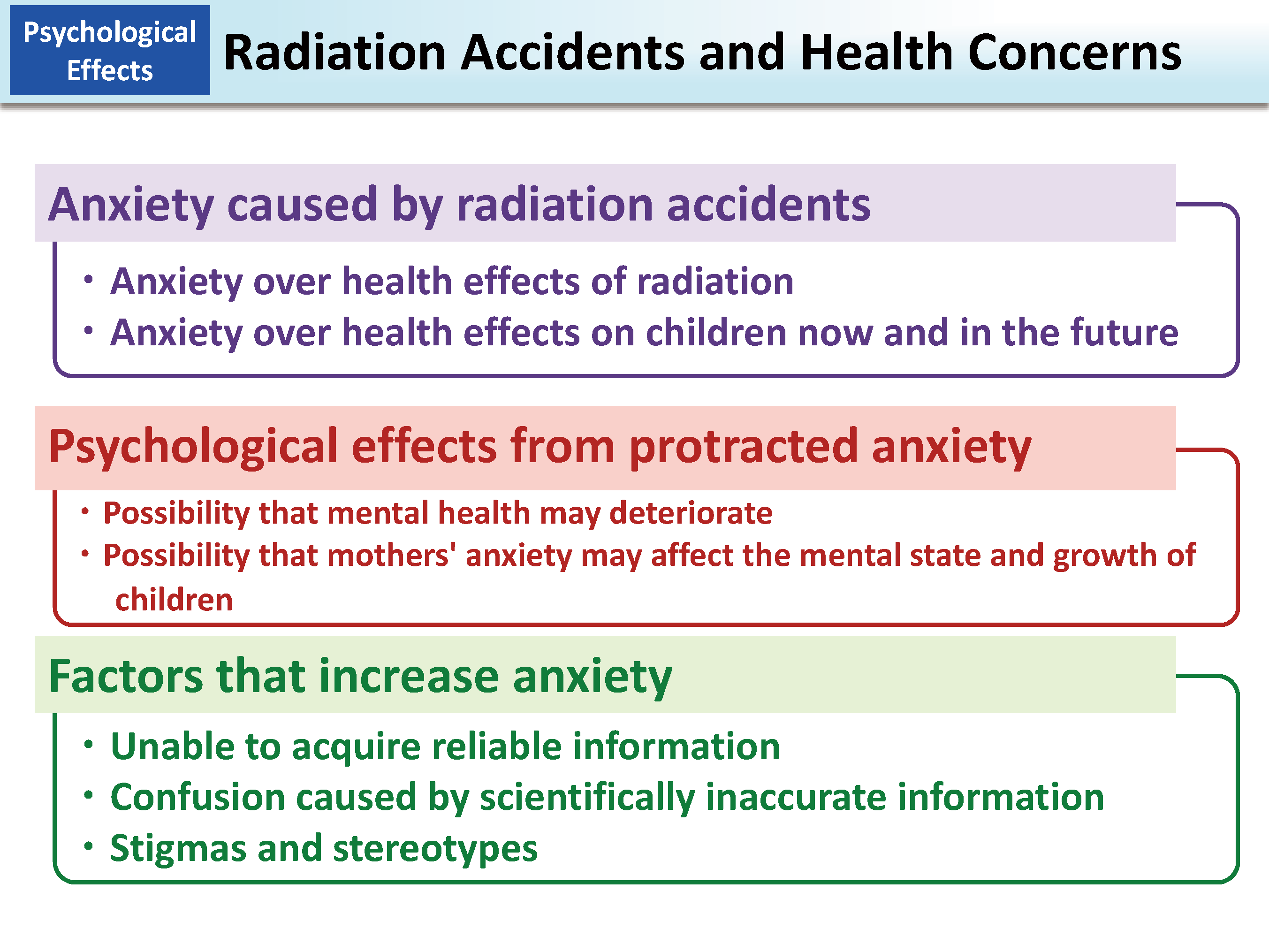 People's mental health would deteriorate as a result of protracted anxiety over possible future health effects. It has also been pointed out that the anxiety of mothers might affect the mental state and growth of their children (p.106 of Vol. 1, "Effects on Children - Chernobyl NPS Accident -").

The anxiety could be heightened by being unable to acquire reliable and accurate information about radiation. It has also been reported that unreasonable public stigmas and discriminations (stereotypes) about people affected by contamination or exposure could exacerbate their mental health problems.1,2

2. Werner Burkart(Vienna) "Message to our friends affected by the nuclear component of the earthquake/tsunami event of March 2011 (August 26, 2013)" (Werner Burkart :Professor for Radiation Biology at the Faculty of Medicine of the Ludwig Maximilians University in Munich, Former Deputy Director General of the International Atomic Energy Agency (IAEA)) (http://japan.kantei.go.jp/incident/health_and_safety/burkart.html)