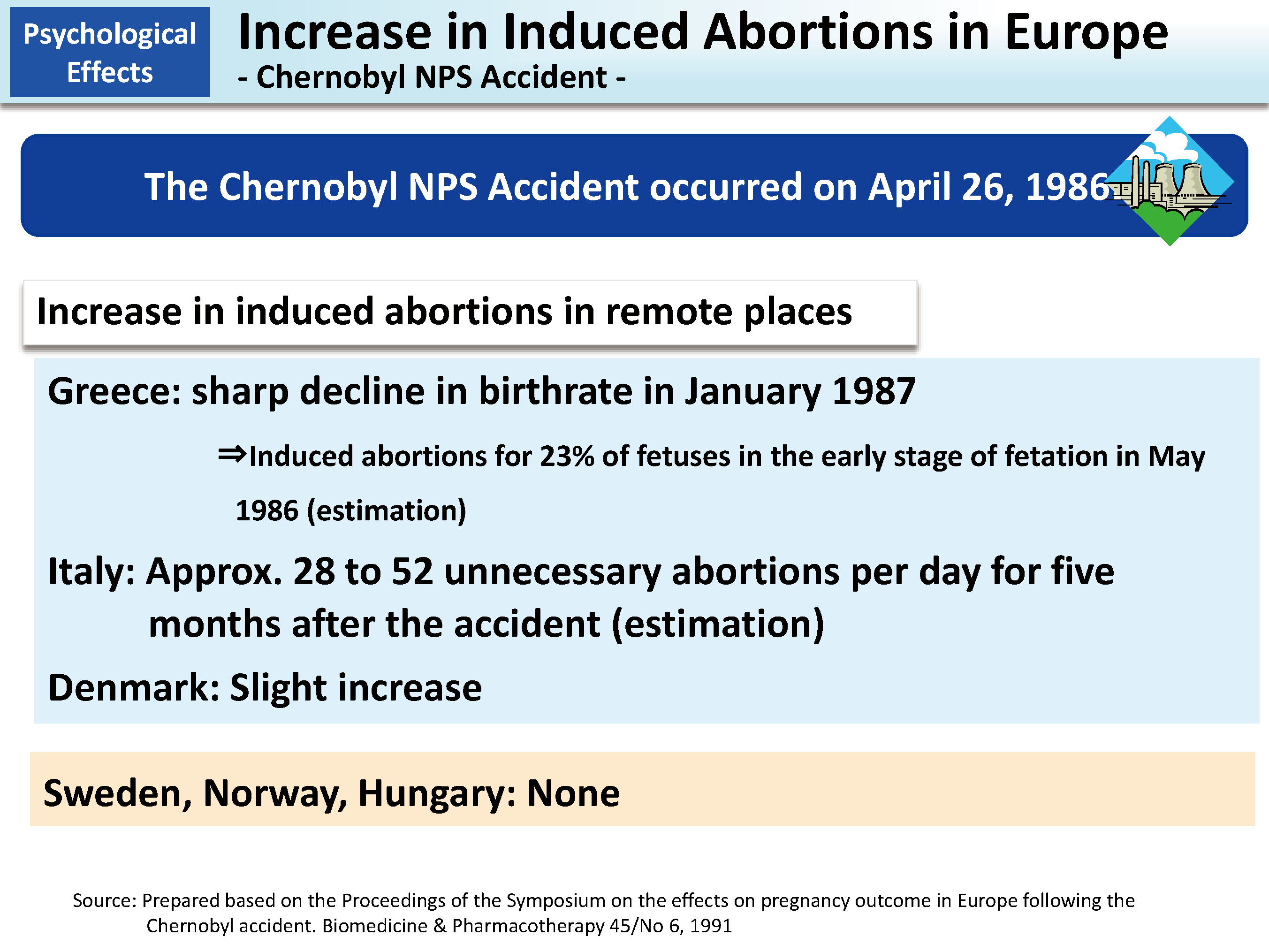 Excessive concern over the health effects of radiation could be harmful both physically and mentally.

For example, resulting suicide attempts and alcohol addiction are harmful to the body.

There is a report that spontaneous abortions increased because of stress after the Chernobyl NPS Accident. There is also a report that induced abortions increased even in areas remote from the Chernobyl NPS. In Greece, the effect of the Chernobyl NPS Accident was minor within the level below 1 mSv, but the number of pregnant women who chose abortion increased in the next month after the accident and the number of births sharply declined in January of the next year. Based on the birth rate, it is estimated that 23% of fetuses in the early stage of fetation were aborted. On the other hand, in such countries as Hungary, where abortion is not allowed unless fetal exposure dose exceeds 100 mSv, no abortions were performed.