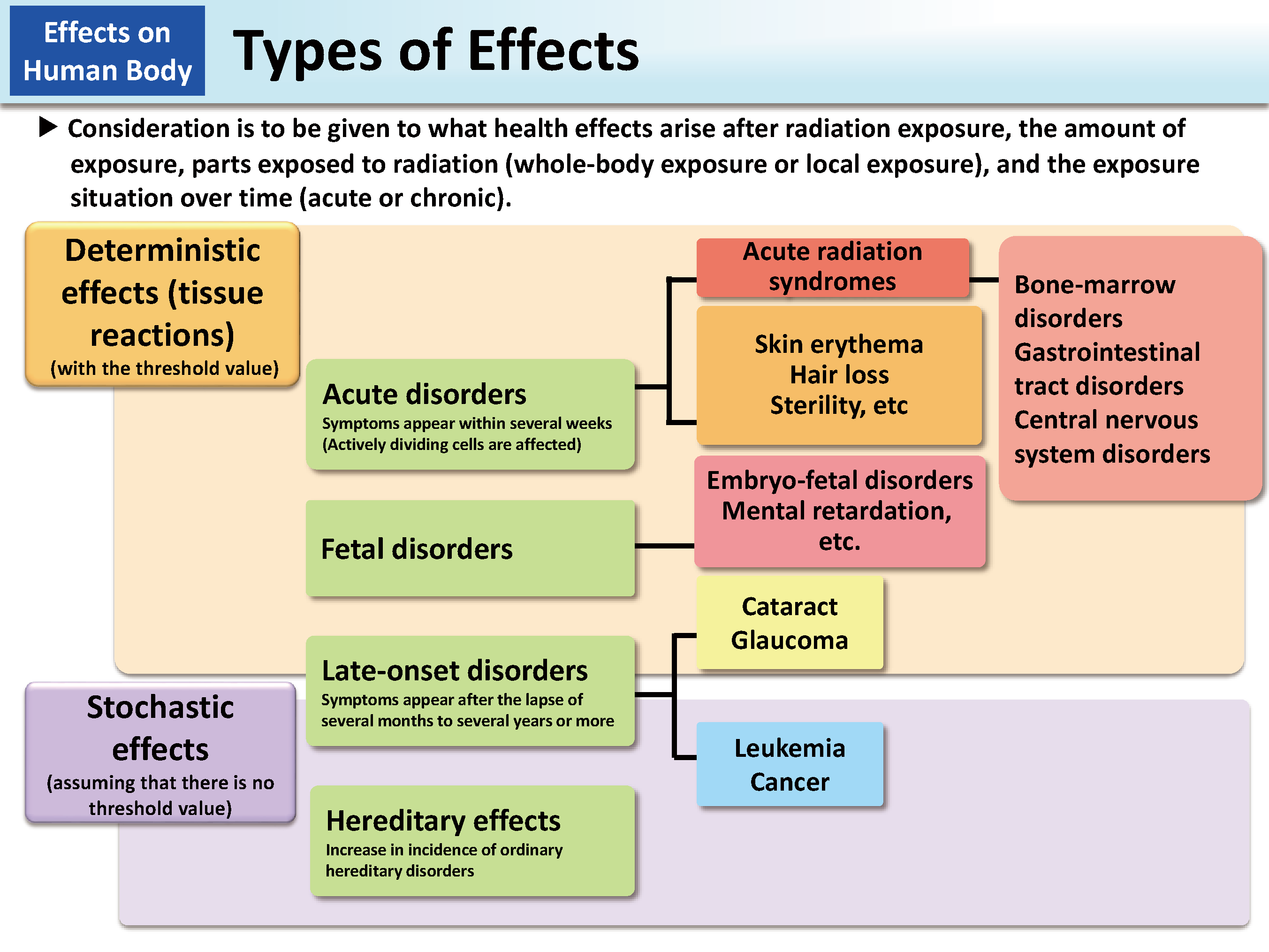 When considering health effects of radiation on human body, one method is to separately consider stochastic effects and deterministic effects (tissue reactions). The above figure compiles these two effects.

Deterministic effects (tissue reactions) do not appear unless having been exposed to radiation exceeding a certain level. Most of the deterministic effects are categorized into acute disorders whose symptoms appear within several weeks after exposure.

Stochastic effects are effects whose incidence cannot be completely denied even with low-dose exposure. Exposure doses are managed on the safe side in general under the assumption that there is no threshold value.

However, it has not been confirmed that hereditary disorders due to radiation exposure appear among human beings at the same frequencies as estimated from the results of tests on laboratory animals.

(Related to p.85 of Vol. 1, "Classification of Radiation Effects," and p.86 of Vol. 1, "Deterministic Effects (Tissue Reactions) and Stochastic Effects")