View Different from the 2006 WHO Report - Chernobyl NPS Accident - 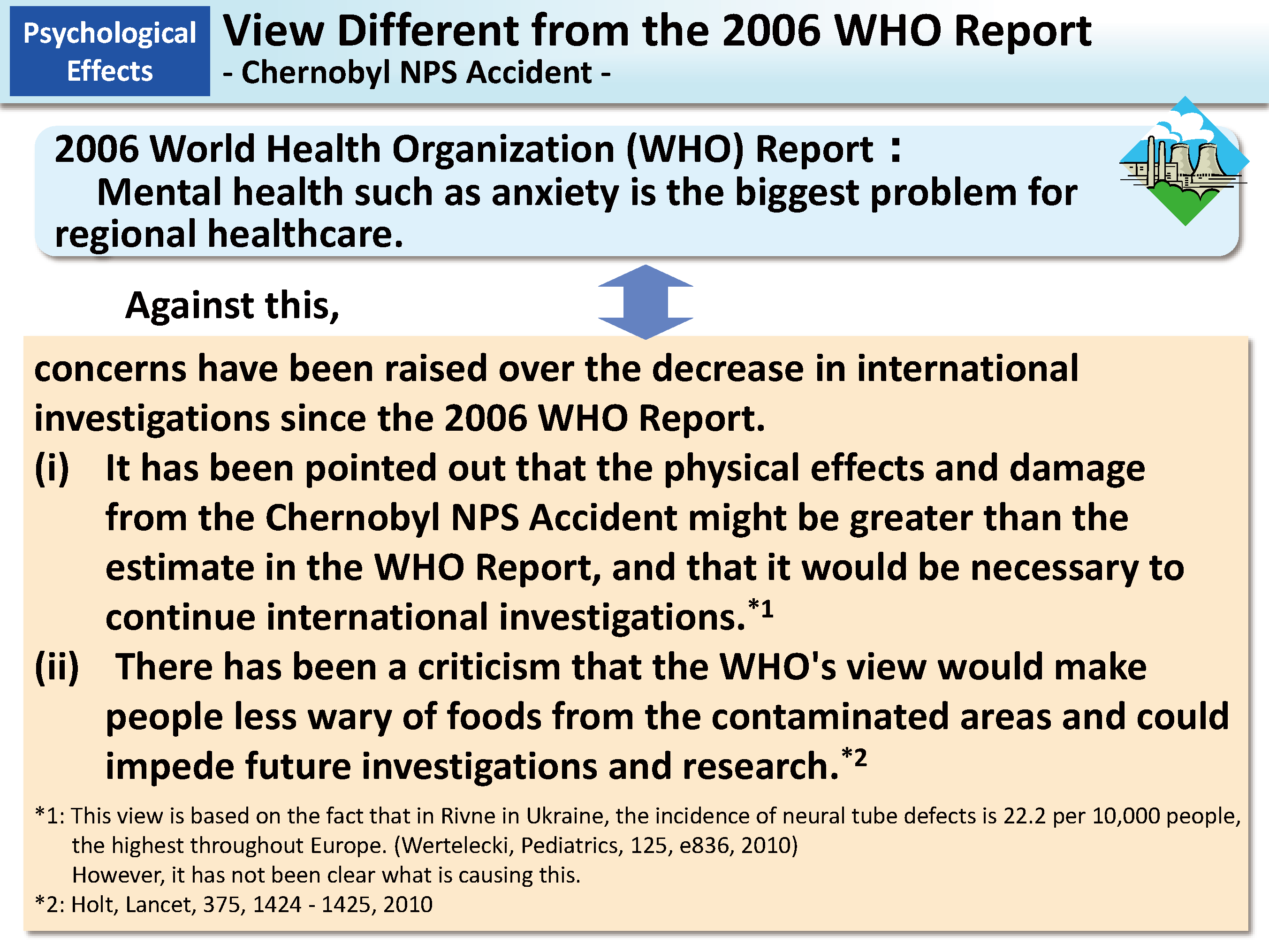 There are also reports arguing that the WHO Report overestimates mental health aspects such as anxiety and underestimates physical effects.

These reports rely primarily on a report that people living as an isolated Polish community in the Rivne province of Ukraine, called "Polishchuks," have a high incidence of neural tube defects. Because the effects of consanguineous marriage are also suspected and neural tube defects could be also caused by folate deprivation and maternal alcohol use, it is unclear whether the high incidence of neural tube defects in the Rivne province has been caused by radiation from the Chernobyl NPS Accident or other effects, or their combinations.