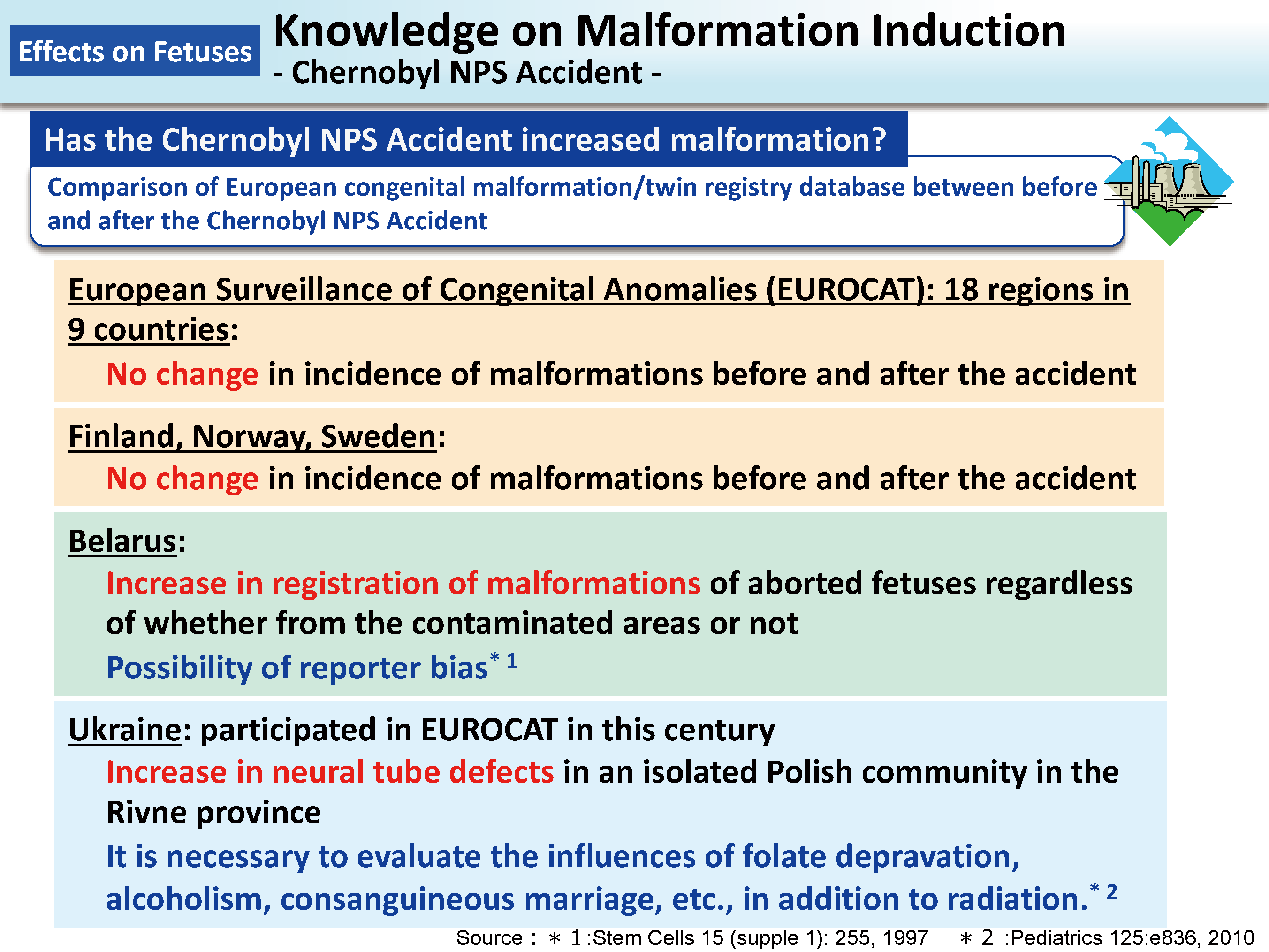 In the northern part of the Rivne province of Ukraine, there are people who live a selfsufficient life in a contaminated area. There is a report that neural tube defects have been increasing among them, and analysis is underway to determine whether it has been caused by radiation.