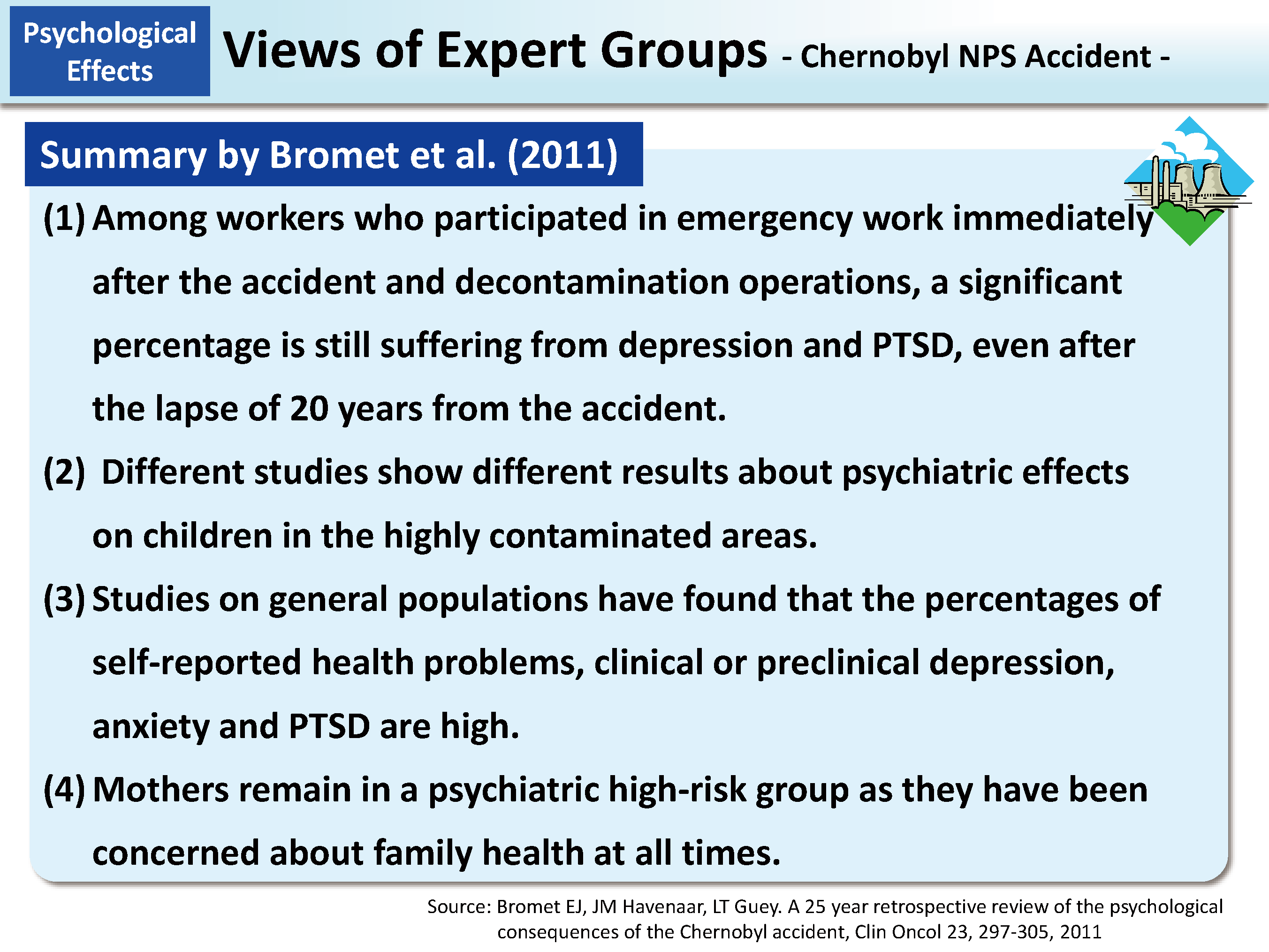 In 2011, a research group specialized in psychiatry and preventive medicine published a paper detailing what psychiatric effects of the Chernobyl NPS Accident were observed.

It has been found that among a group of workers who worked at the site immediately after the accident and who were exposed to high levels of radiation, a significant percentage is still suffering from depression and PTSD, even after the lapse of 20 years from the accident. Different studies show different results concerning radiation effects on toddlers and fetuses who lived around the plant or in the highly contaminated areas at the time of the accident. For example, studies conducted in Kiev, Norway and Finland on children who were exposed to radiation in their mothers' wombs suggest that they had specific psychiatric and psychological disorders, but other studies do not observe such health problems. Studies on general populations have found that the percentages of self-reported health problems, clinical or preclinical depression, anxiety and PTSD are high. Mothers remain in a high-risk group from a psychiatric viewpoint as they have been concerned about family health at all times.

In the case of the Chernobyl NPS Accident, all such symptoms are not attributed solely to concern over radiation. Distrust of the government, inappropriate communications, the collapse of the USSR, economic issues, and other factors would also have had some relevance and some of them would have had a combined effect, rather than one factor being the sole culprit.