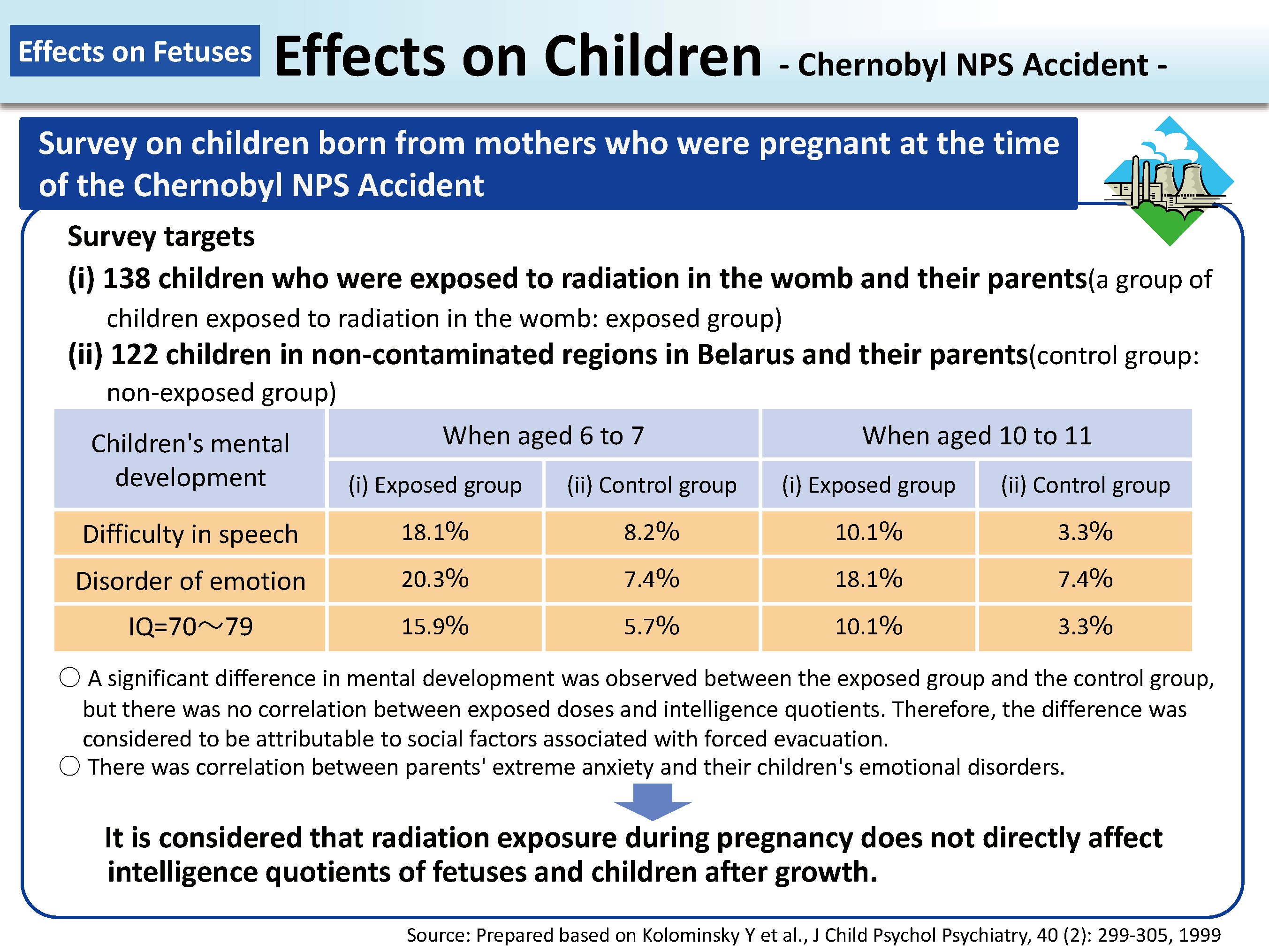 In both surveys, incidences of difficulty in speech and disorder of emotion were larger among the exposed group than among non-exposed group with statistically significant differences.

Regarding intelligence quotient, fewer children in the exposed group were above the average compared with the non-exposed group and children on the borderline between normal levels and mental retardation were clearly larger in number.

However, no correlation has been found between estimated absorbed doses to the thyroid in fetal life and intelligence quotient and possibilities of other factors are suggested such as social-psychological and sociocultural factors (school education and guardians' academic levels, etc.) associated with forced evacuation from contaminated regions. The possibility that radiation exposure during pregnancy has directly affected the intelligence quotients of fetuses and children after growth is considered to be low.