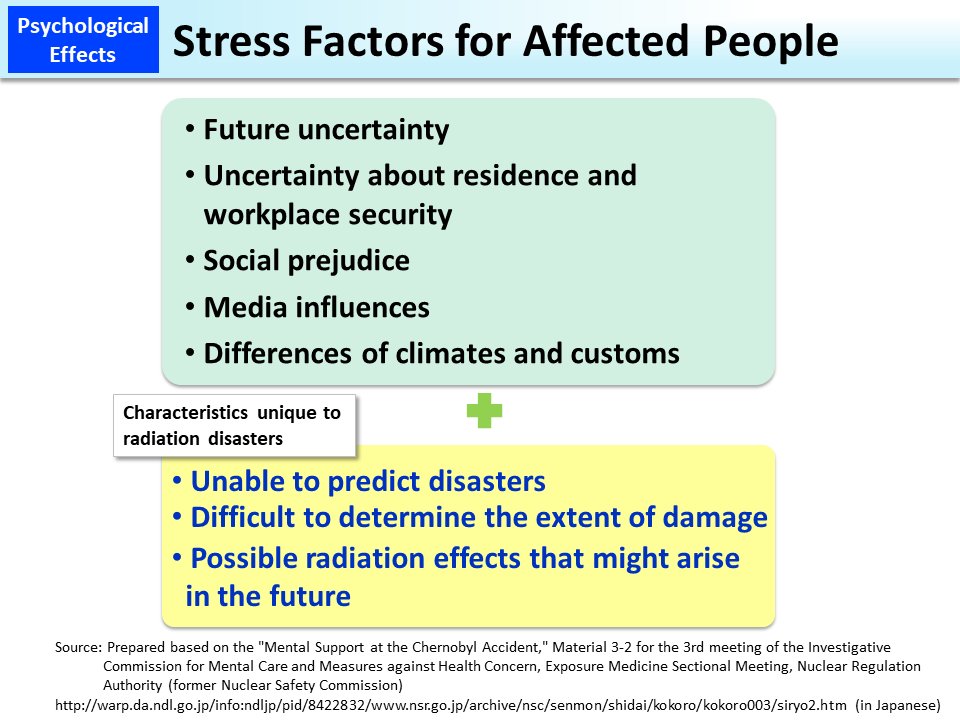 Generally, factors causing stress to the victims of disasters include future uncertainty, uncertainty about residence and workplace security, social prejudices, media influences, differences of climates and customs, etc. For radiation disasters, there are other stress factors as well, such as being unable to predict disasters, difficulty in determining the extent of damage, and radiation effects that might arise in the future (p.143 of Vol. 1, "Radiation Accidents and Health Concerns").

In particular, concerns over future radiation effects cause a huge stress as victims have to be worried for a long time about the possibility that they might someday develop cancer.