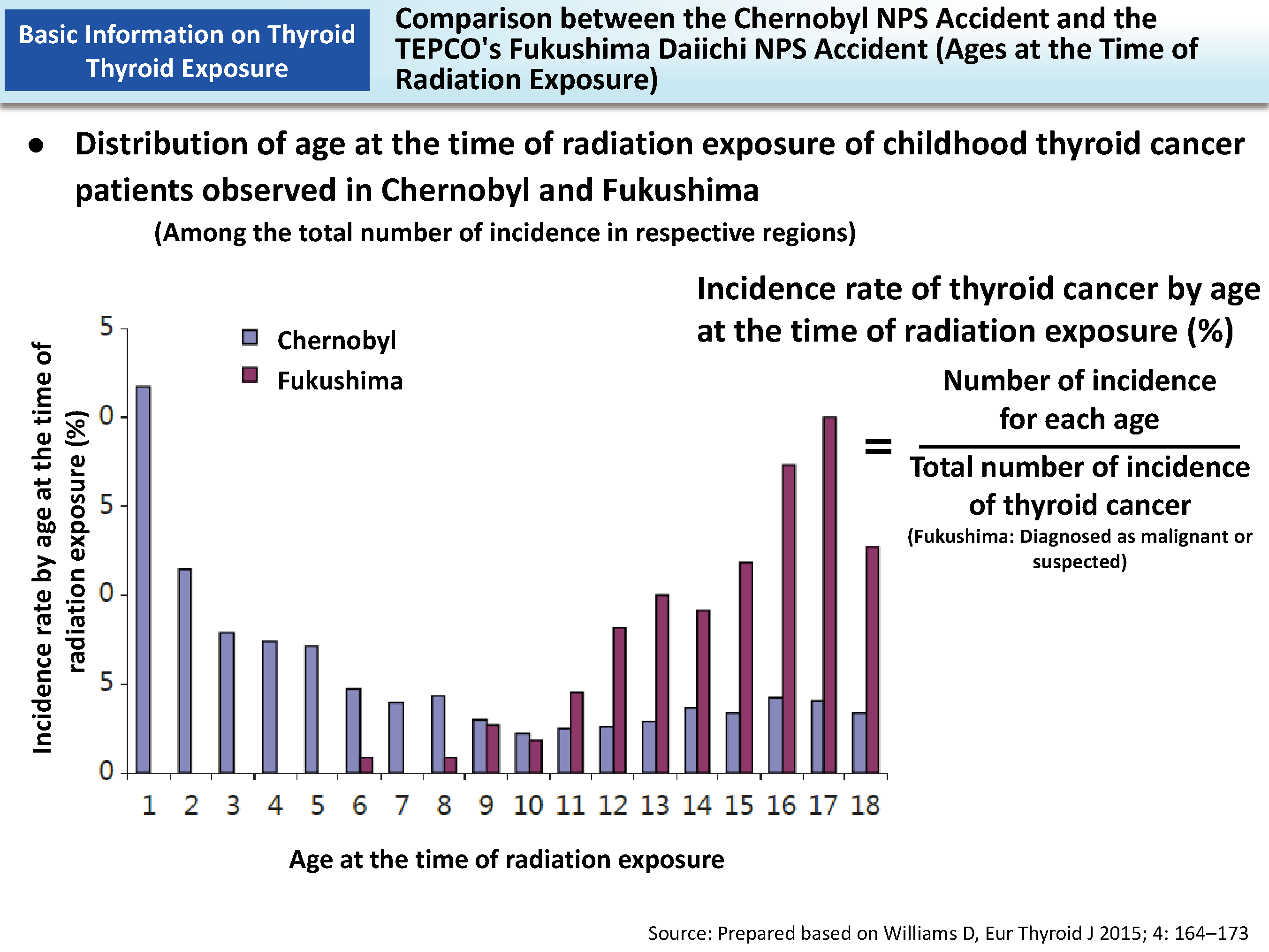 This figure shows the incidence rates of childhood thyroid cancer by age at the time of radiation exposure (aged 18 or younger), in comparison with those after the Chernobyl NPS Accident and those in three years after the accident at Tokyo Electric Power Company (TEPCO)'s Fukushima Daiichi NPS (the percentage in the figure shows the ratio by age, i.e., what percentage the incidence for each age accounts for against the total number of incidence of thyroid cancer in respective regions; the sum of all percentages comes to 100%). The figure shows clear difference in age distribution although an accurate comparison is difficult as thyroid cancer screening in Chernobyl has not been conducted in a uniform manner as in Fukushima and such information as the number of examinees and observation period is not clearly indicated.

The document by Williams suggests that thyroid cancer detected three years after the accident at Fukushima Daiichi NPS is not attributable to the effects of the radiation exposure due to the accident in light of the facts that daily iodine intake from foods is larger in Japan than in areas around Chernobyl and that the maximum estimated thyroid exposure doses among children is much smaller in Japan (66 mGy in Fukushima and 5,000 mGy in Chernobyl).

(Related to p.139 of Vol. 1, "Comparison between the Chernobyl NPS Accident and the TEPCO's Fukushima Daiichi NPS Accident (Thyroid Doses)")