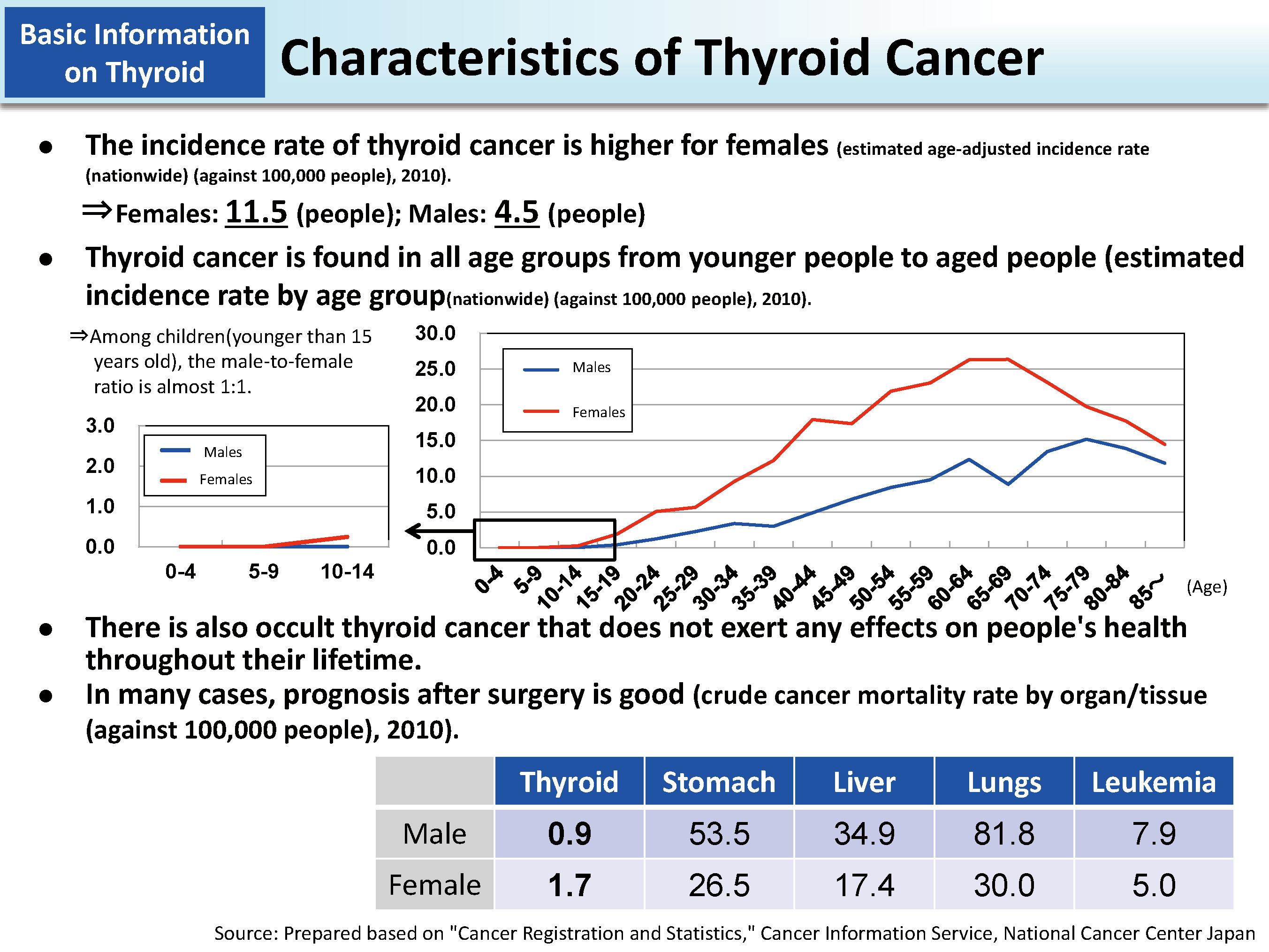 Thyroid cancer has some unique characteristics compared with other types of cancer.

The first is the higher incidence rate for females (11.5 females and 4.5 males against 100,000 people (national age-adjusted incidence rate)), but the male-to-female ratio is almost 1:1 among children younger than 15 years old.

It is known that breast cancer is most frequently detected in females in their 40s and 50s and the incidence rate of stomach cancer is higher among both males and females over 60 years old. On the other hand, thyroid cancer is characteristically found broadly in all age groups from teenagers to people in their 80s.

Furthermore, thyroid cancer has long been known as a type of cancer, some of which are occult (latent) cancers without exerting any effects on people's health throughout their lifetime. The crude cancer mortality rate (national mortality rate by age group (against 100,000 people), all age groups, 2010) is lower for thyroid cancer than other cancers and better prognosis after surgery is also one of the characteristics of thyroid cancer.