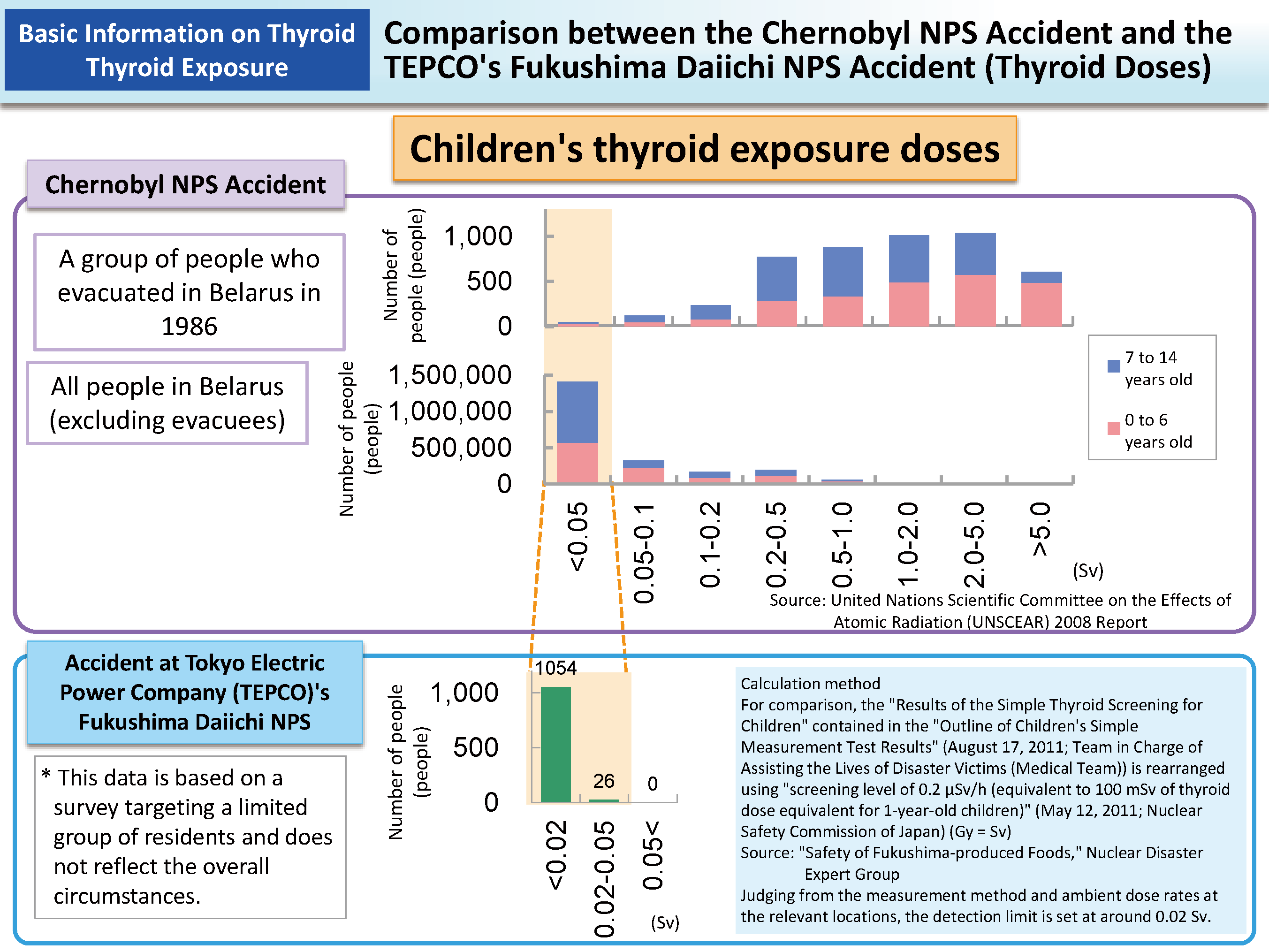 It is very difficult to accurately assess the level of exposure of children's thyroids to radioactive iodine after the accident at TEPCO's Fukushima Daiichi NPS, but rough estimation is possible using the results of the thyroid screening conducted for children as of approx. two weeks after the accident.

This screening was conducted using survey meters for 1,080 children aged 15 or younger in Kawamata, Iwaki, and Iitate, where children's thyroid doses were suspected to be especially high.

As a result, thyroid doses exceeding the screening level set by the Nuclear Safety Commission of Japan (at that time) were not detected and measured thyroid doses were all below 50 mSv for those children who received the screening.

In the UNSCEAR's analysis of thyroid doses after the Chernobyl NPS Accident, the dose range below 50 mSv is considered to be the lowest dose range. Thyroid exposure doses for children in Belarus, where increased incidences of childhood thyroid cancer were later observed, were 0.2 to 5.0 Sv or over 5.0 Sv among a group of evacuees, showing two-digit larger values than the results of the screening in Fukushima Prefecture.

(Related to p.140 of Vol. 1, "Comparison between the Chernobyl NPS Accident and the TEPCO's Fukushima Daiichi NPS Accident (Ages at the Time of Radiation Exposure)")