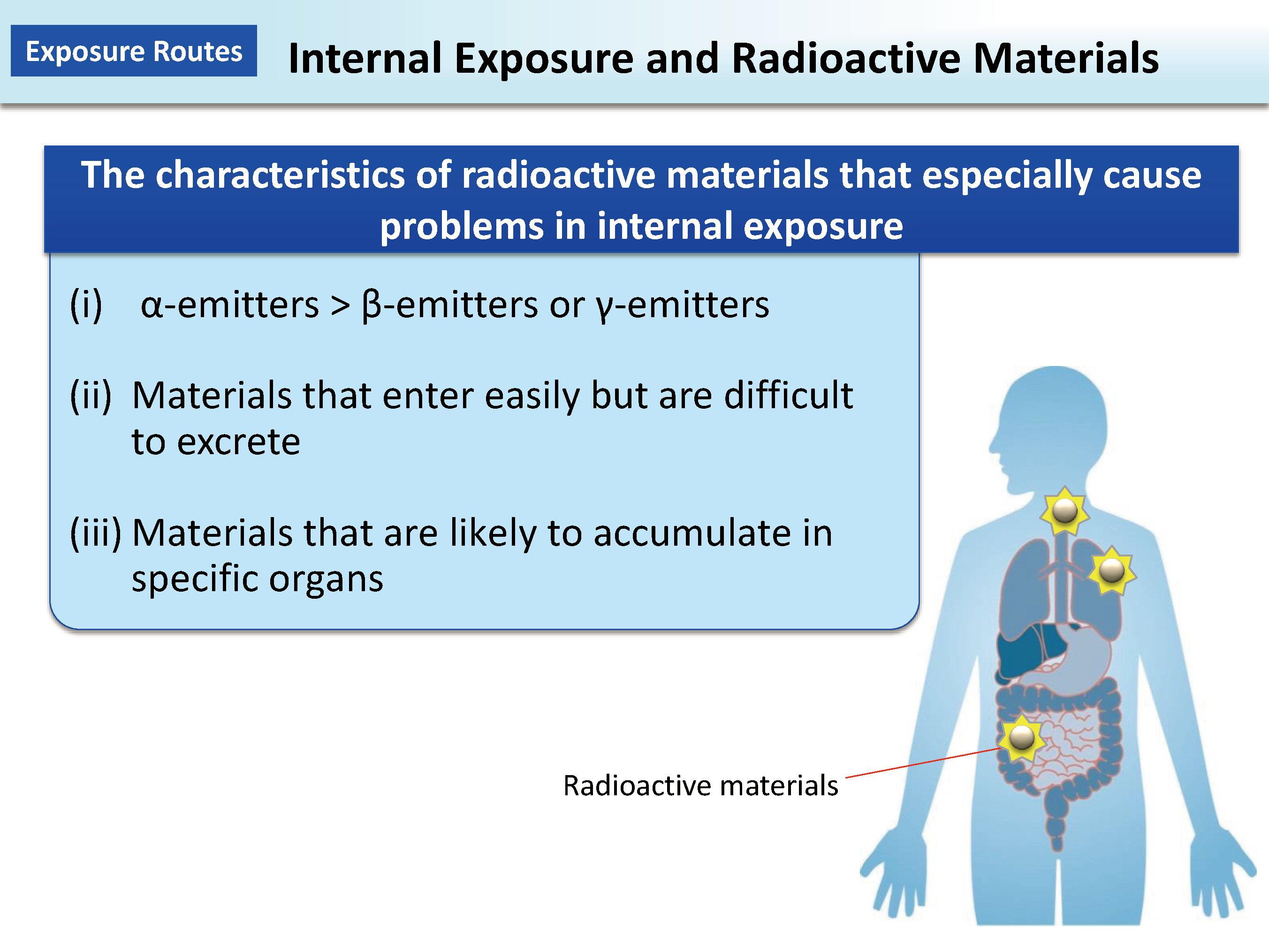 A major problem with internal exposure is caused by radioactive materials that have a long half-life and emit α-particles. In terms of the chemical nature and element-specific biokinetic behavior, radioactive materials that are easily incorporated into the body but are difficult to be excreted, and also those that tend to be accumulated in particular organs/tissues cause problems as they result in increasing internal exposure doses.

Plutonium, which is not easily absorbed in the digestive tract, for example, could be a concern if taken into the lungs during inhalation rather than being taken into the body via food. It has been known that plutonium then enters blood vessels from the lungs and is transported by blood flow to bones and the liver, where it settles. Since plutonium emits α-particles within such organs, it could cause lung cancer, bone tumors or liver cancer.

Radioactive cesium, on the other hand, easily enters the body because of its properties similar to potassium but it also tends to be easily excreted. It does not accumulate in any specific organs but is taken in mainly in muscles. For adults, the time required for radioactive cesium that enters the body to reduce to half is said to be about 70 days (p.31 of Vol. 1, "Radioactive Materials Derived from Nuclear Accidents").