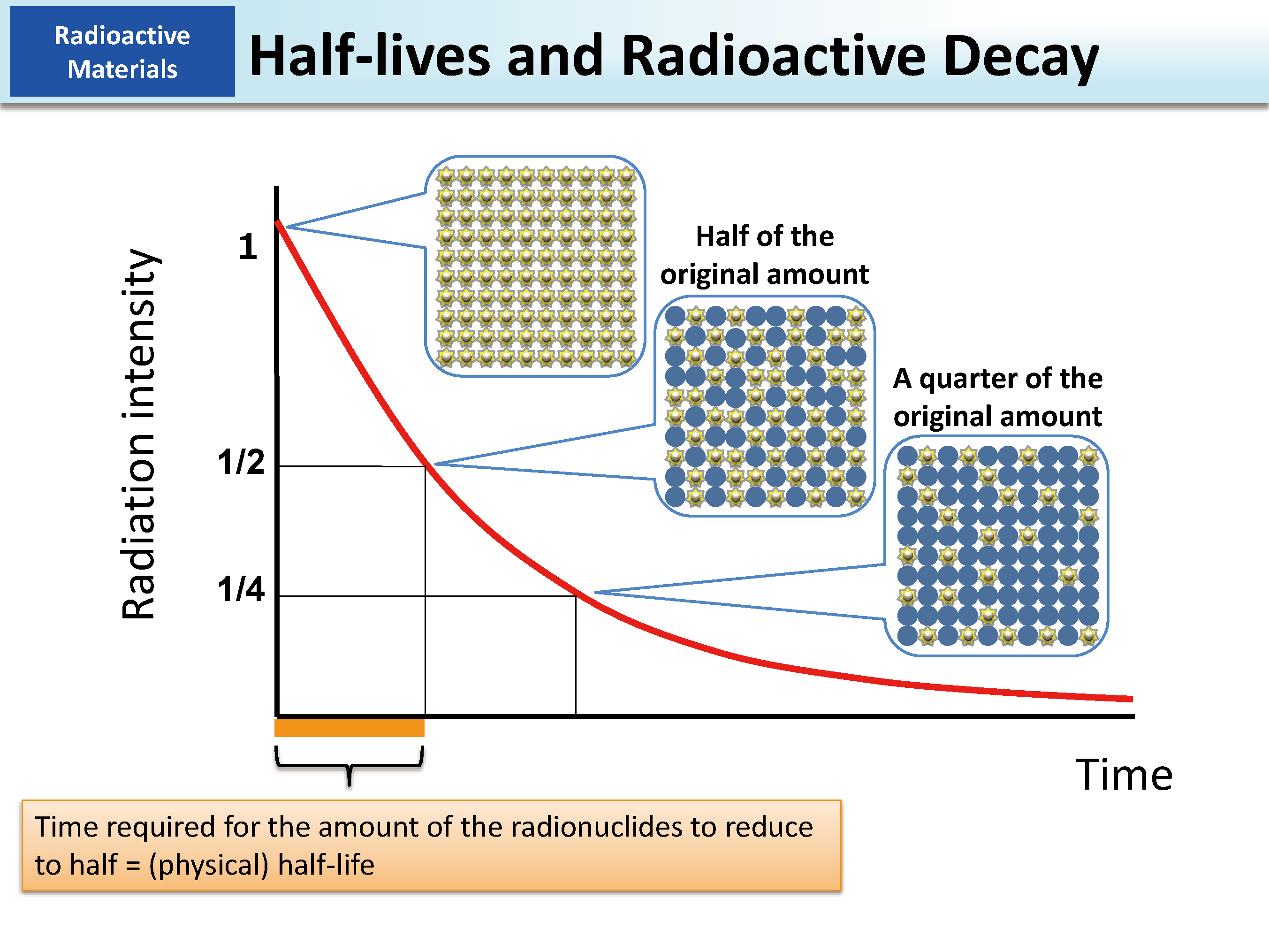 An atom that has become stable in terms of energy by emitting radiation will no longer emit radiation. The amount of a radionuclide decreases over time and radioactivity weakens. The time required for radioactivity to weaken and reduce to half is called a (physical) half-life.

Upon the elapse of a period of time equal to the half-life, the radioactivity will be halved, and when a period of time twice as long as the half-life lapses, the radiation will reduce to a quarter of the original state. A graph with the horizontal axis representing the elapsed time and the vertical axis representing the radiation intensity demonstrates exponential radioactivity decreases in a curve as shown in the slide.