Pregnancy and Birth Survey: What Has Become Clear (2/2) 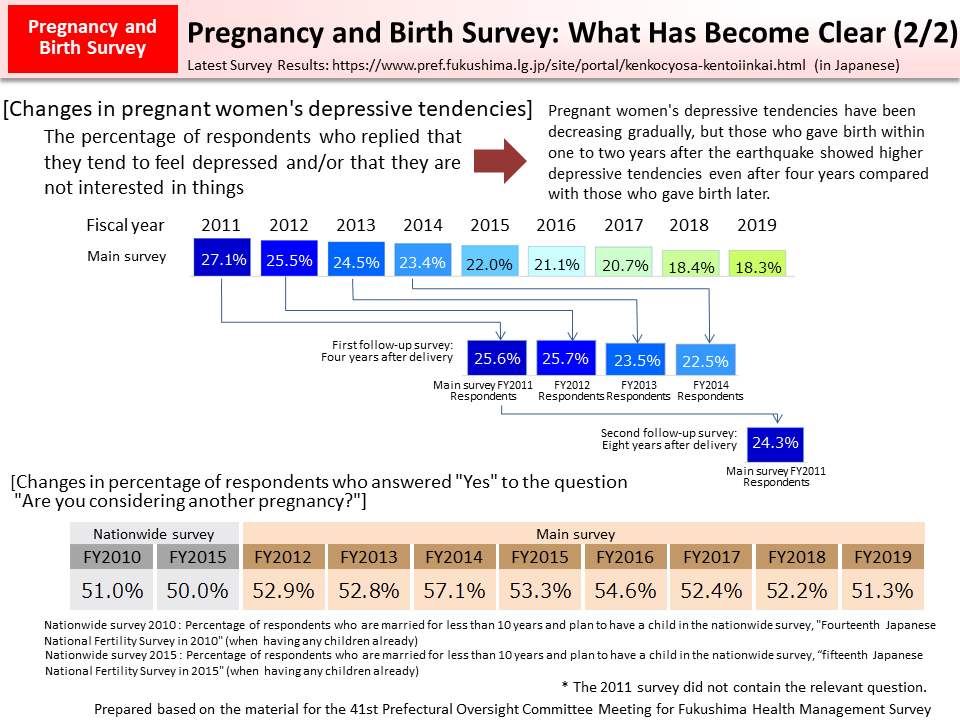 For questions concerning pregnant women's depressive tendencies, respondents who replied that they tend to feel depressed and/or that they are not interested in things have been decreasing.

According to the "Healthy Parents and Children 21" (a national campaign to promote improvement of health standards of mothers and children), the percentage of postnatal depression evaluated using the Edinburgh Postnatal Depression Scale was 8.4% in FY2013 and 9.8% in FY2017 nationwide. The percentage estimated from the results of the FY2018 Pregnancy and Birth Survey was 10.2% (reference used for the calculation: Mishina H, et al. Pediatr Int. 2009; 51: 48).