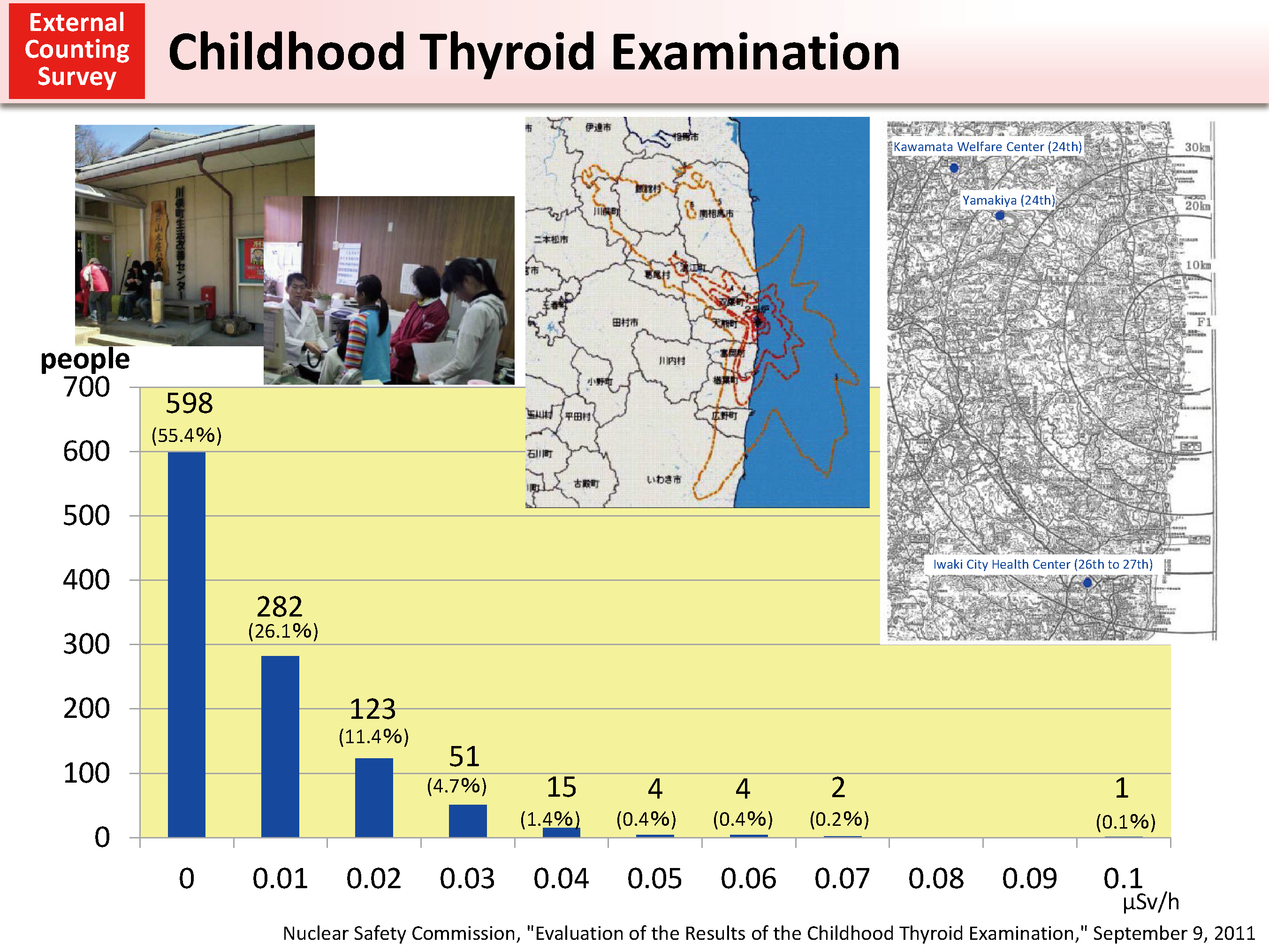 Based on estimates by SPEEDI on March 23, 2011, the Local Nuclear Emergency Response Headquarters conducted the Childhood Thyroid Examination to ascertain health effects of radiation on children in response to a request from the Technical Advisory Organization in an Emergency of the Nuclear Safety Commission of Japan (dated March 23 and 25). The figure shows the results for 1,080 children for whom measurement was conducted properly, out of 1,149 survey targets. The figure excludes the results for 66 children for whom simplified measurement was not appropriate due to environmental doses at their measuring spots (proper evaluation based on simplified measurement was difficult due to high ambient dose rates) and for three children whose ages were unknown. However, for all children who received the examination, measured values were below 0.2 μSv/h, which is set as the standard screening level by the Nuclear Safety Commission of Japan.