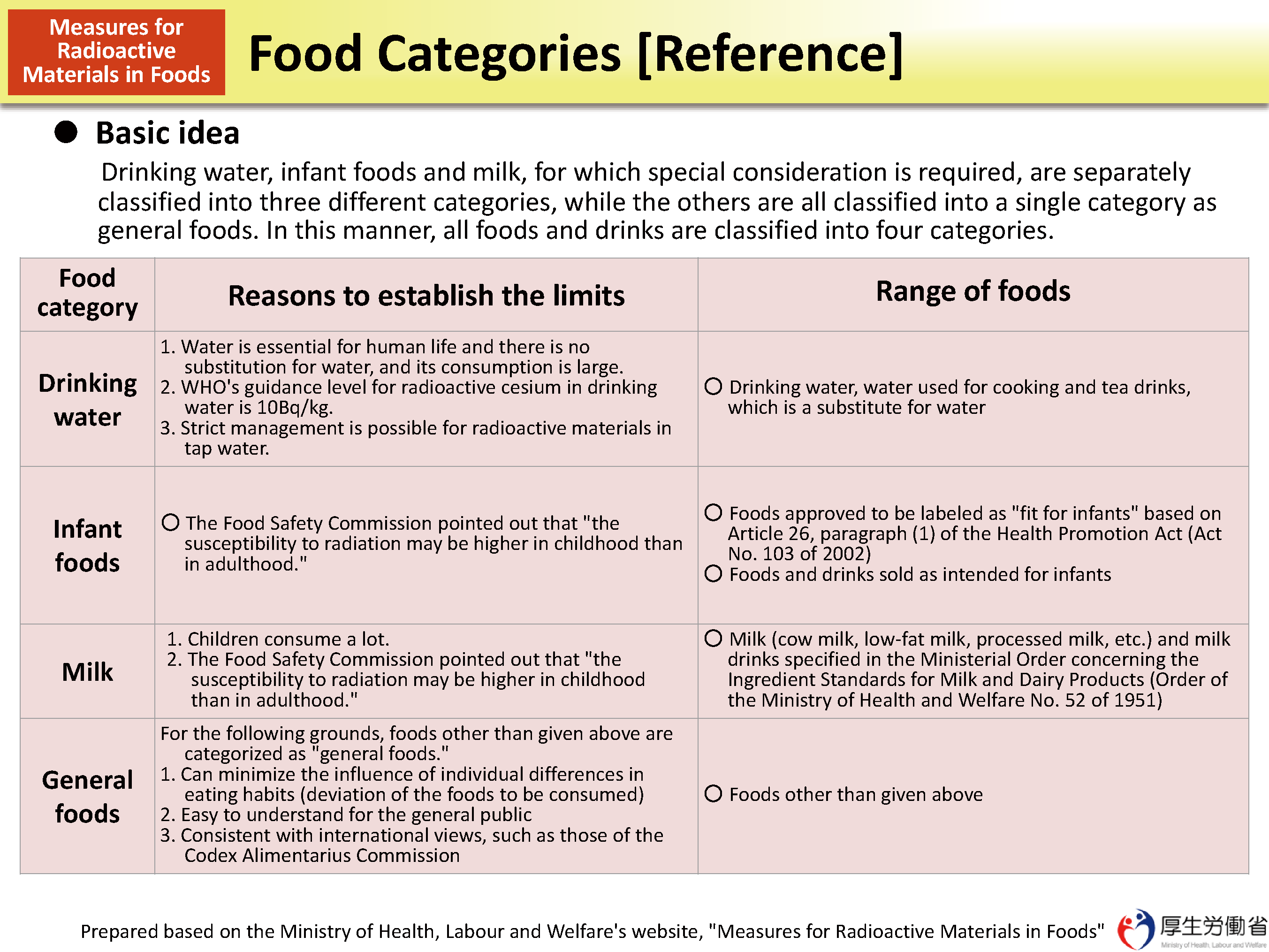 For "drinking water," the standard limit was set at 10 Bq/kg due to the following three grounds: (i) Water is essential for human life and there is no substitution for water, and its consumption is large; (ii) WHO's guidance level for radioactive cesium in drinking water is 10Bq/kg; and (iii) Strict management is possible for radioactive materials in tap water (p.38 of Vol. 2, "Waterworks System").

For "milk," the standard limit was set at 50 Bq/kg because (i) children consume a lot and (ii) the Food Safety Commission pointed out that "the susceptibility to radiation may be higher in childhood than in adulthood."

For "infant foods," the standard limit is the same as that for milk at 50 Bq/kg as the Food Safety Commission pointed out that "the susceptibility to radiation may be higher in childhood than in adulthood."

As reasons to set the limit at 100 Bq/kg for "general foods," the following three points are cited: Setting the value in this manner (i) can minimize the influence of individual differences in eating habits (deviation of the foods to be consumed), and is (ii) easy to understand for the general public and (iii) consistent with international views, such as those of the Codex Alimentarius Commission (an intergovernmental body created for the purpose of protecting consumers' health and ensuring fair-trade practices in the food trade, etc. that establishes international standards for foods).