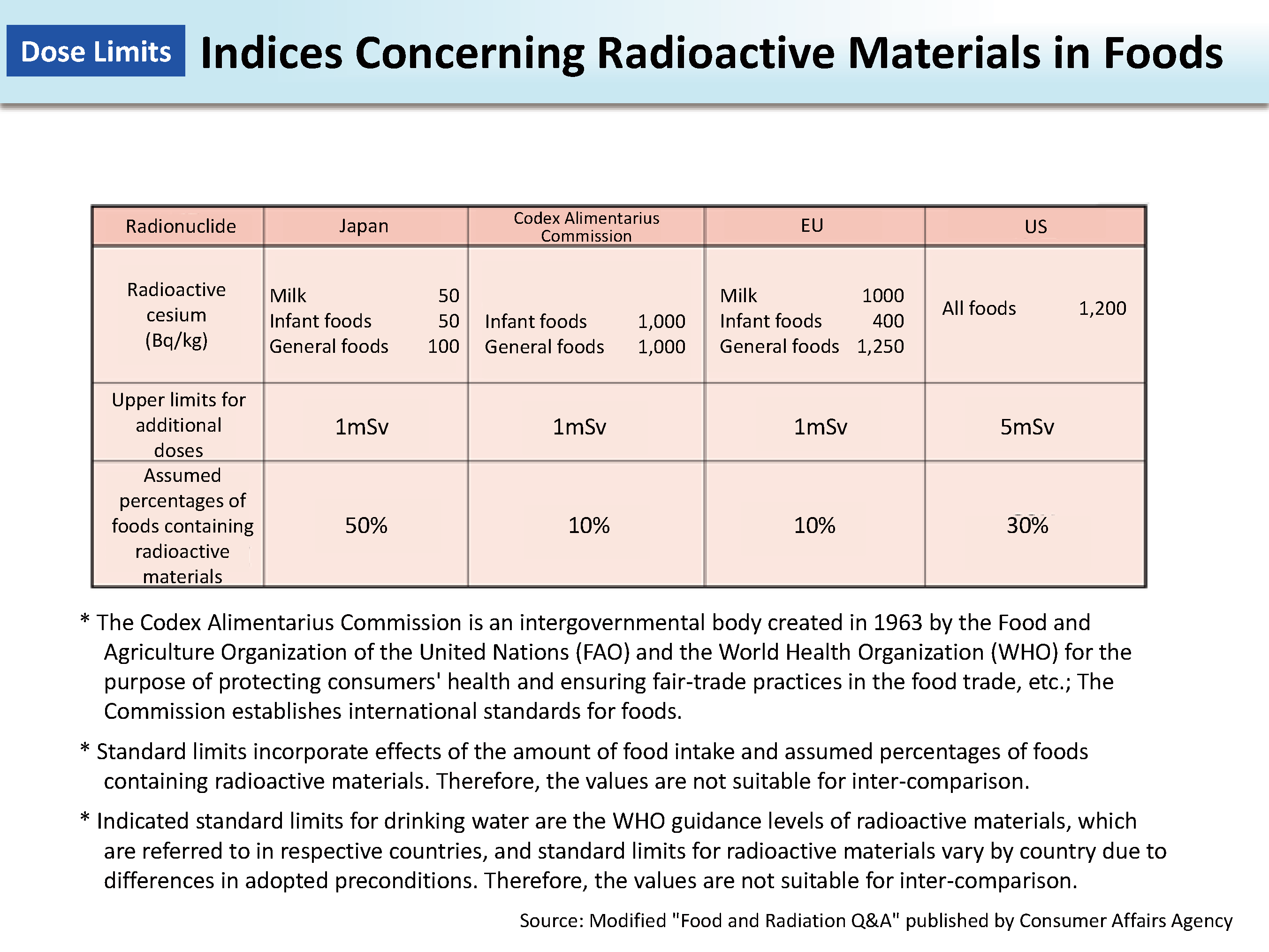 All foods other than infant foods were categorized as general foods based on the idea to minimize gaps in additional doses caused by differences in individuals' eating habits. The value was set with sufficient room to ensure safety no matter what foods people eat as long as radioactive Cs concentrations therein are within the standard limit.