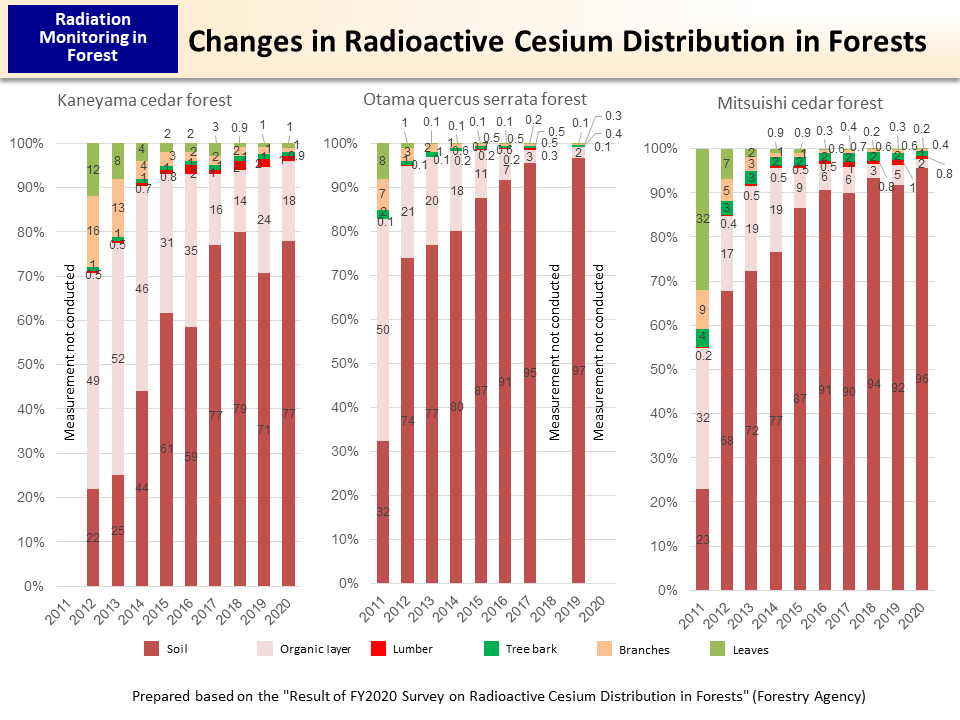 The percentage of radioactive cesium found in the litter layer is high in the Kaneyama cedar forest and is low in other forests. Each forest thus shows different tendencies. The survey will be continued into the future.

(Related to p.185 of Vol. 1, "Distribution of Radioactive Materials in Forests")