Readings of the Monitoring of Radioactive Cesium in Mountain Streams (2012) 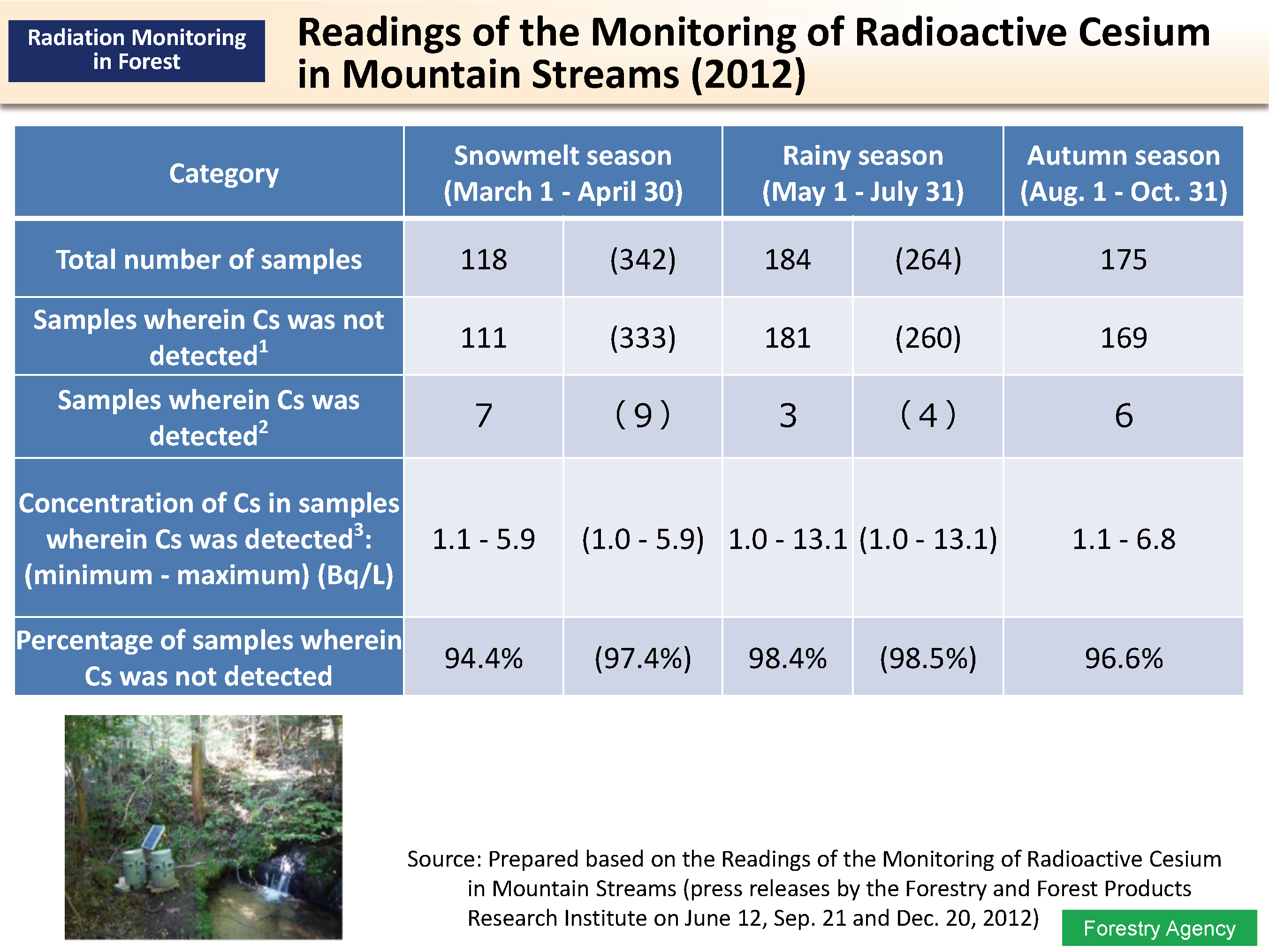 This suggests that radioactive cesium was detected mainly due to temporary increases in suspended solids, which are often observed when forest streams increase after rainfall.

3. Concentration of radioactive cesium is the total of Cs-134 and Cs-137 concentrations.

4. Monitoring points were as follows: