Approach for the Calculation of the Standard Limits (2/2) 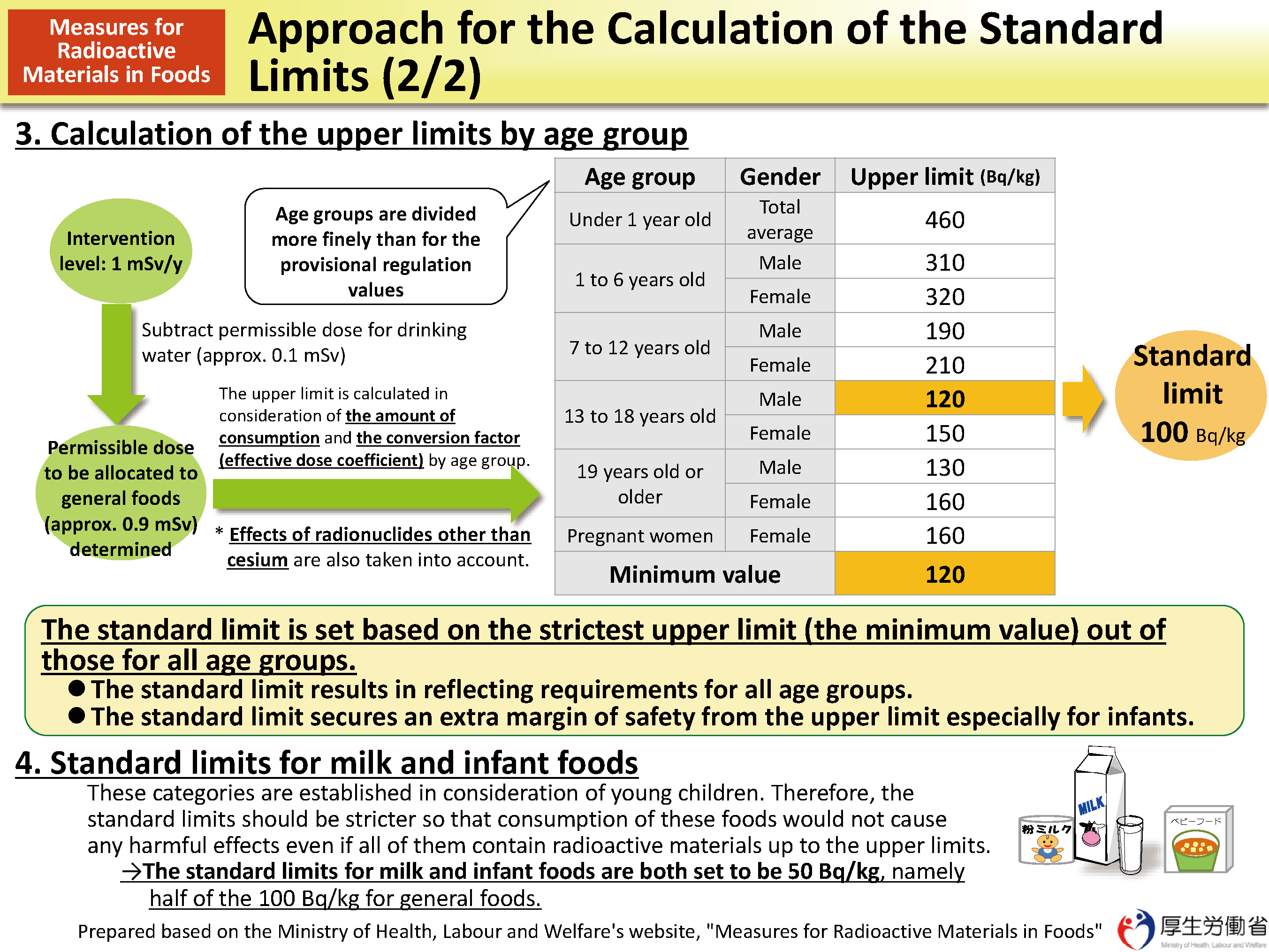 The basic approach to set the standard limits is to figure out dose limits for each age group.

The annual permissible dose allocated to general foods is approx. 0.9 mSv/year, subtracting that for drinking water from the total.

The table above shows the upper limits for radioactive cesium concentrations (Bq/kg) by age group, which were derived based on the annual consumption and the committed effective dose coefficients for each age group. These limits also take into consideration the influence of radionuclides other than radioactive cesium (p.56 of Vol. 2, "Radionuclides Taken into Consideration").

As a result, the upper limit set for males aged between 13 and 18, 120 Bq/kg, was the strictest of all age groups.

To further ensure safety for all age groups, the standard limit was set at 100 Bq/kg, below the highest upper limit of 120 Bq/kg.

To further ensure the safety of children, the standard limit for milk and infant foods was set to be 50 Bq/kg, which is half of that for general foods. This limit was set so that no negative influence appears, even assuming that milk and all infant foods contain radioactive materials up to the maximum permissible limit.