Summary by WHO - Chernobyl NPS Accident - 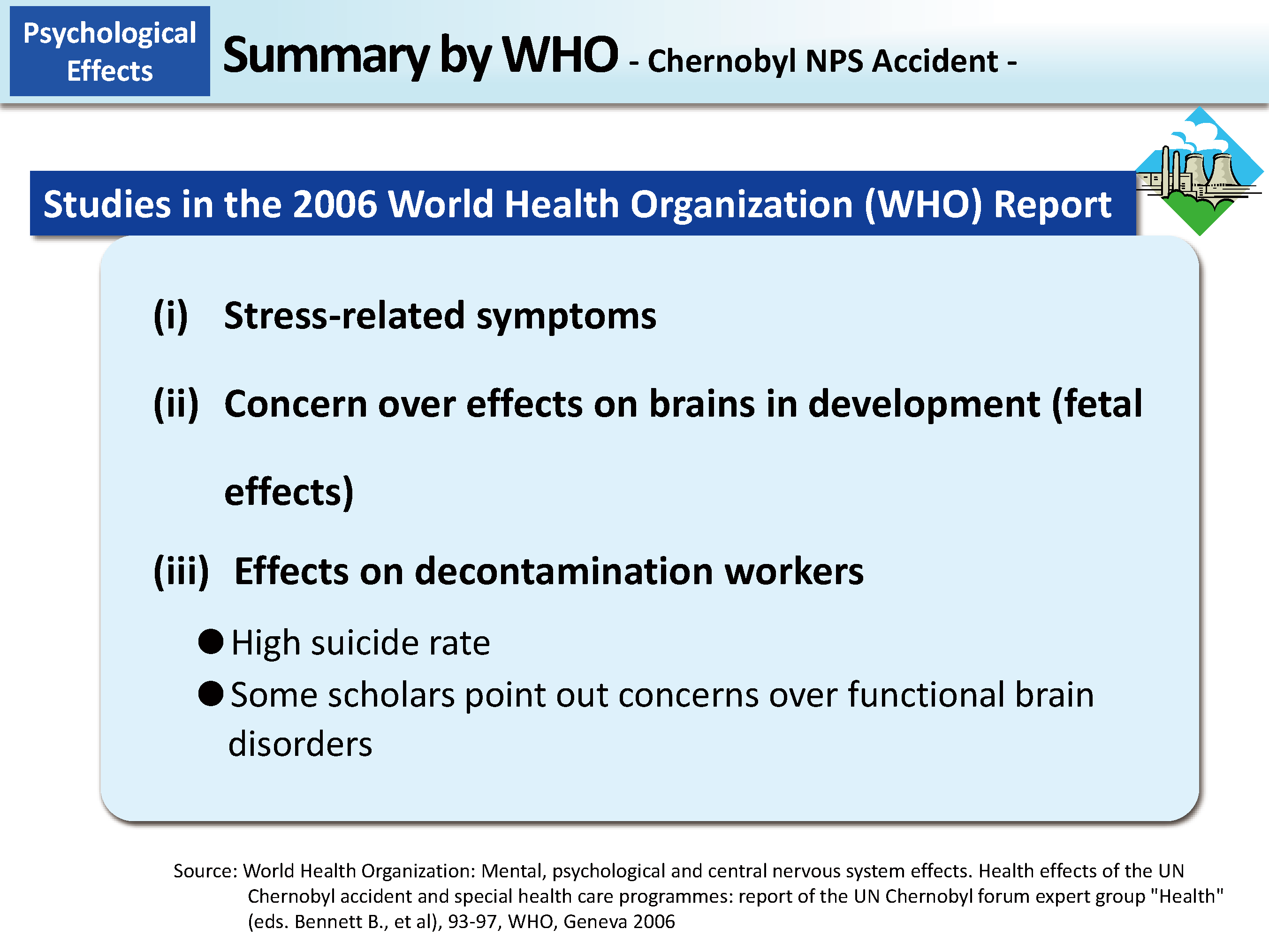 The WHO Report summarizes psychiatric consequences of stress from the nuclear disaster, pointing out the following four points:

The first is about stress-related symptoms. The study reports that the percentage of those claiming unexplainable physical symptoms or health problems based on selfassessment in a group of exposed people was 3 to 4 times larger than that in a control group.

Secondly, it was found that mothers who were pregnant when the accident happened have been deeply concerned about radiation effects on the brain functions of their children. For example, to a questionnaire question such as "if they believe their children have problems with their memory," 31% of mothers in mandatory evacuation areas answered yes, which is 4 times larger than the percentage (7%) of mothers in uncontaminated areas who answered yes.

The third and fourth points are radiation effects observed in decontamination workers.

A follow-up study on 4,742 Estonians who participated in decontamination operations found that 144 of them had been confirmed dead by 1993, with 19.4% of them dying by suicide, although no increases were seen in cancer incidence and mortality rates.

Additionally, there was a study report that functional brain disorders were found in decontamination workers with the highest exposure doses. However, such findings are criticized for a lack of scientific correctness as alleged by some researchers and are not confirmed individually.