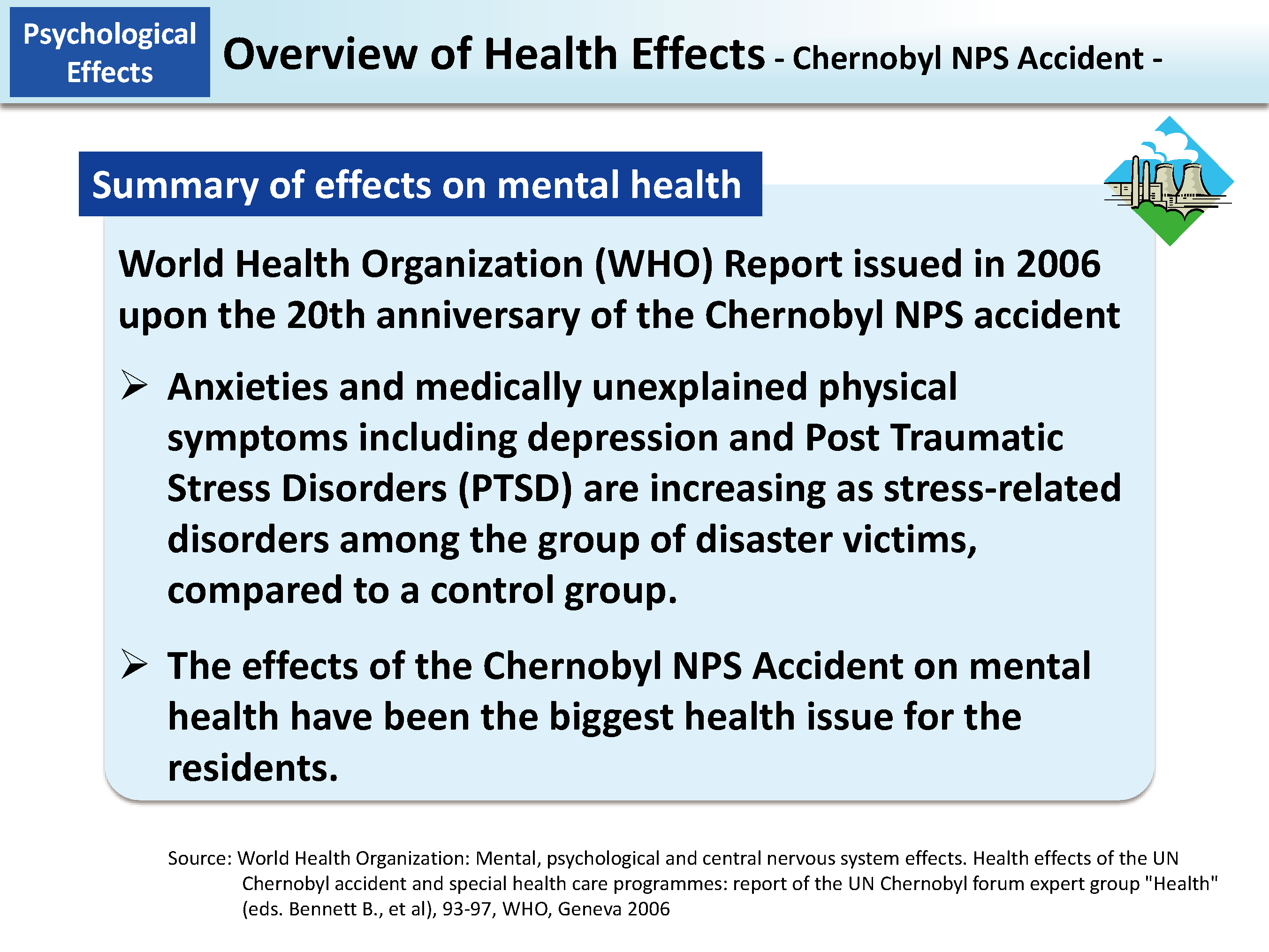 The effects of the Chernobyl NPS Accident are often cited as an example of psychological effects of nuclear disasters.

According to summaries by the International Atomic Energy Agency (IAEA) and WHO, psychological effects surpassed direct health effects of radiation.

After the Chernobyl NPS Accident, many complained about health problems because of mental stress. This was not caused solely by the effects of radiation but is considered to have resulted from a complex combination of multiple factors including social and economic instability brought about by the collapse of the USSR at the time, which caused a great deal of mental stress to people.