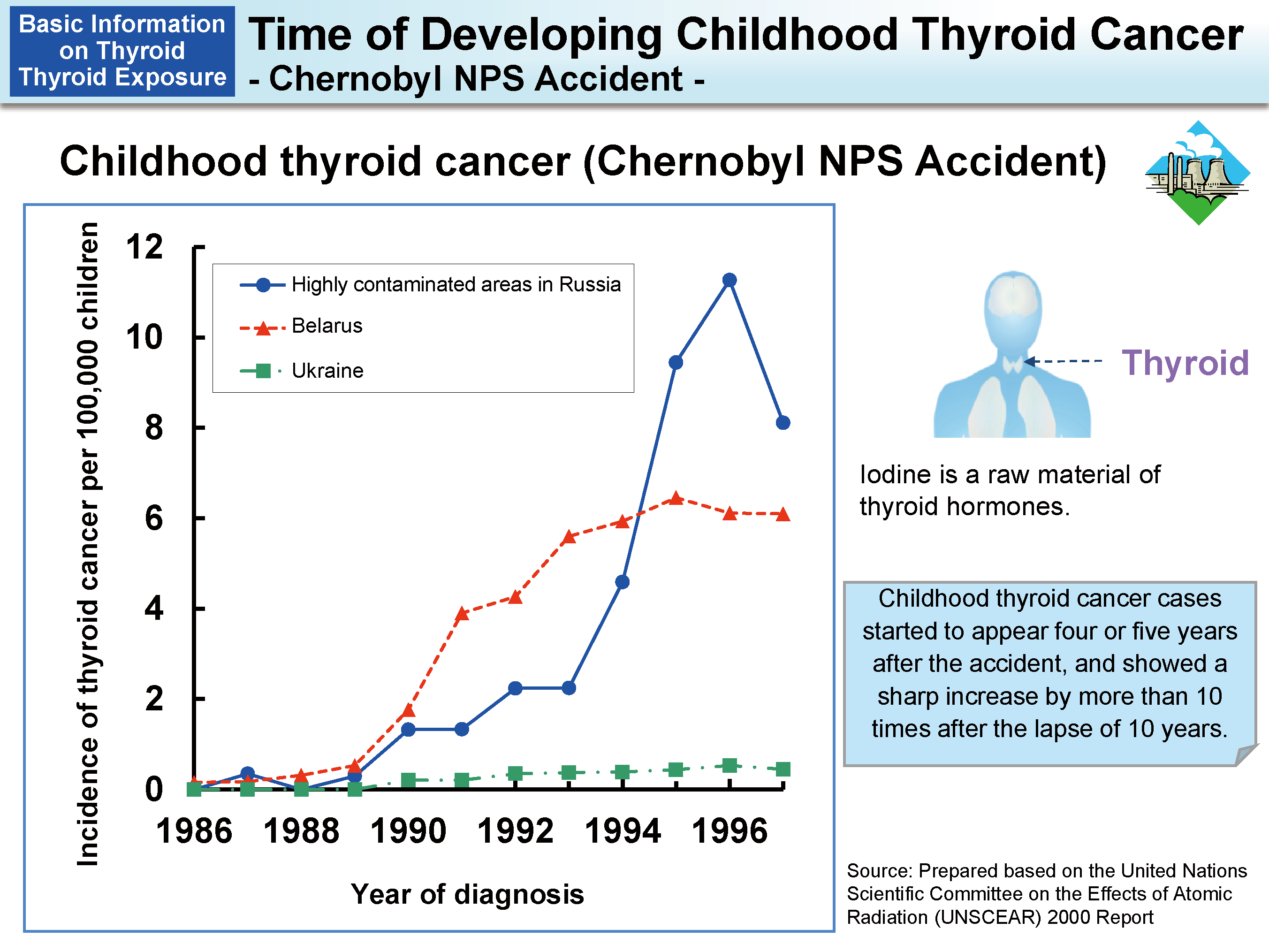 At the time of the Chernobyl NPS Accident, a large amount of radioactive materials was released and broadly spread out due to the explosion. The major cause of the adverse effects of health is said to be radioactive iodine.

Some of the children who inhaled radioactive iodine that fell onto the ground or consumed the vegetables, milk, and meat contaminated through the food chain later developed childhood thyroid cancer. In particular, the major contributing factor is considered to be internal exposure to I-131 contained in milk.

In Belarus and Ukraine, childhood thyroid cancer cases started to appear four or five years after the accident. The incidence rate of thyroid cancer among children aged 14 or younger increased by 5 to 10 times from 1991 to 1994 than in the preceding five years from 1986 to 1990.

The incidence of childhood thyroid cancer for Belarus and Ukraine is the number per 100,000 children nationwide, while that for Russia is the number per 100,000 children only in specific areas heavily contaminated1. In addition, concerning the thyroid cancer cases observed with children and adolescents after the Chernobyl NPS Accident, the UNSCEAR calculated the attributable fraction (p.99 of Vol. 1, "Relative Risks and Attributable Risks") based on the latest information provided by the three most affected countries (Russia, Ukraine, and Belarus) and estimated that among the thyroid cancer cases that appeared in the population of children or adolescents who were living in the most contaminated areas at the time of the accident, the thyroid cancer cases attributable to radiation exposure accounted for about 25%2.