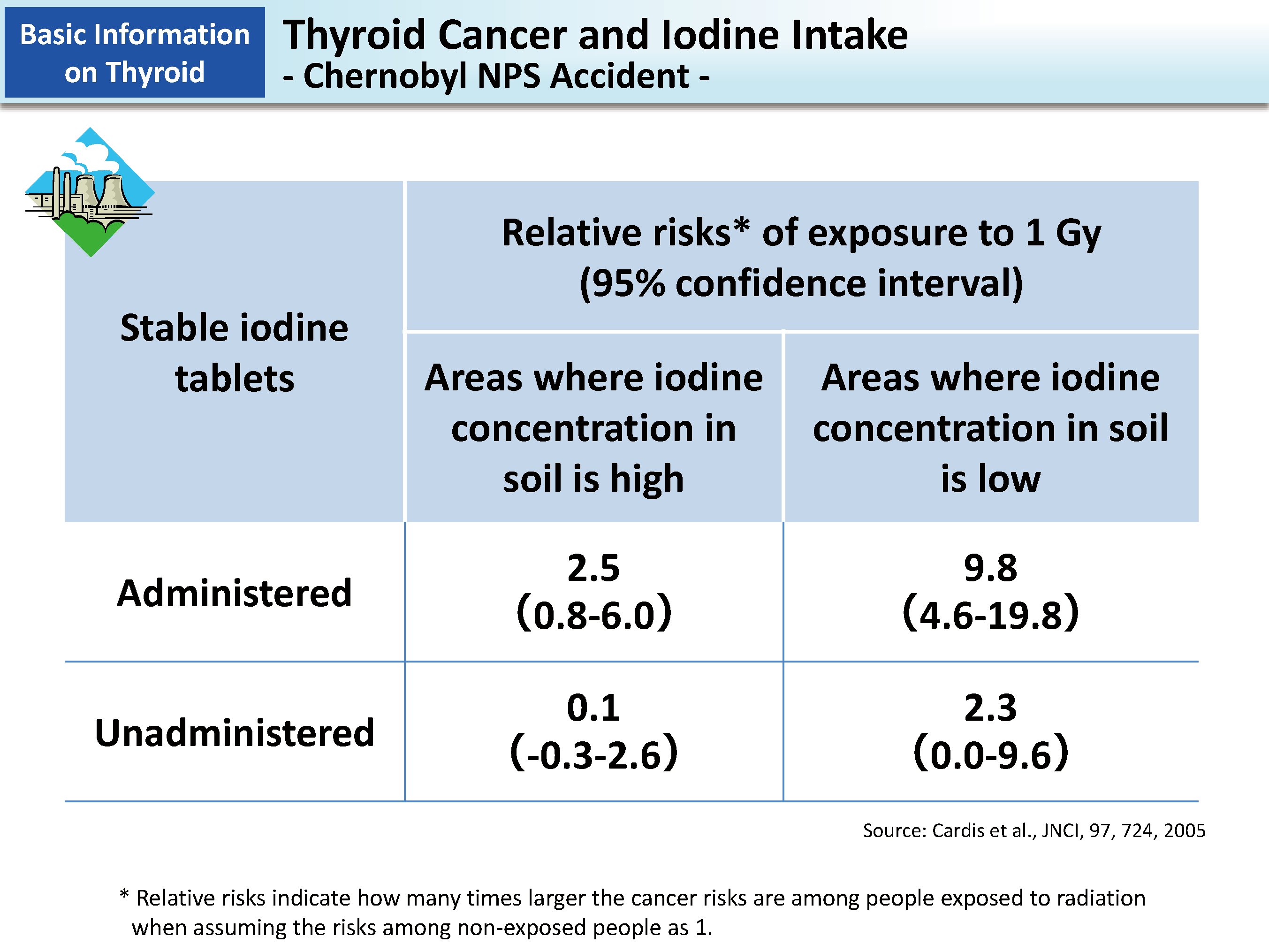 As shown in the table, there has been a report that the relative risk of thyroid cancer per gray increases in areas where iodine concentration in soil is low and iodine intake is insufficient. Areas around Chernobyl, where the relevant data was obtained, are located inland away from the sea and iodine concentration in soil is low, and people there do not habitually eat seaweed and salt-water fish that are rich in iodine.