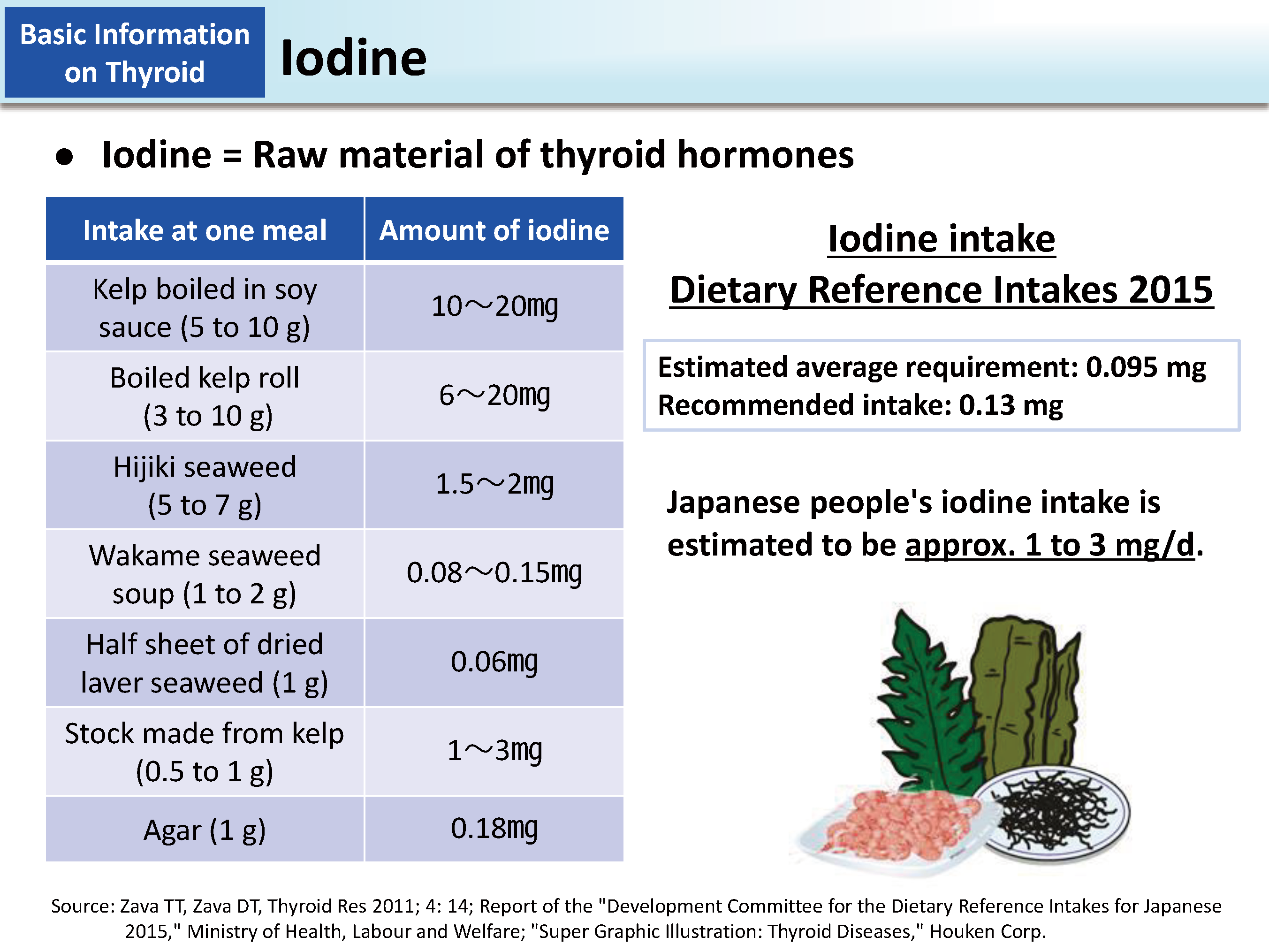 Iodine, which is a raw material of thyroid hormones, is contained in large quantities in seaweed, fish and seafood that are familiar to Japanese people.

The "Dietary Reference Intakes for Japanese" released by the Ministry of Health, Labour and Welfare states that the estimated average iodine requirement is 0.095 mg per day and recommended intake is 0.13 mg per day. Japanese people consume a lot of seaweed, fish and seafood on a daily basis and are considered to take in a sufficient amount of iodine (estimated to be approx. 1 to 3 mg/d).

In preparation for any emergency exposure such as due to a nuclear accident, efforts are being made to deliver stable iodine tablets, non-radioactive iodine tablets formulated for oral administration, in advance or in an emergency.