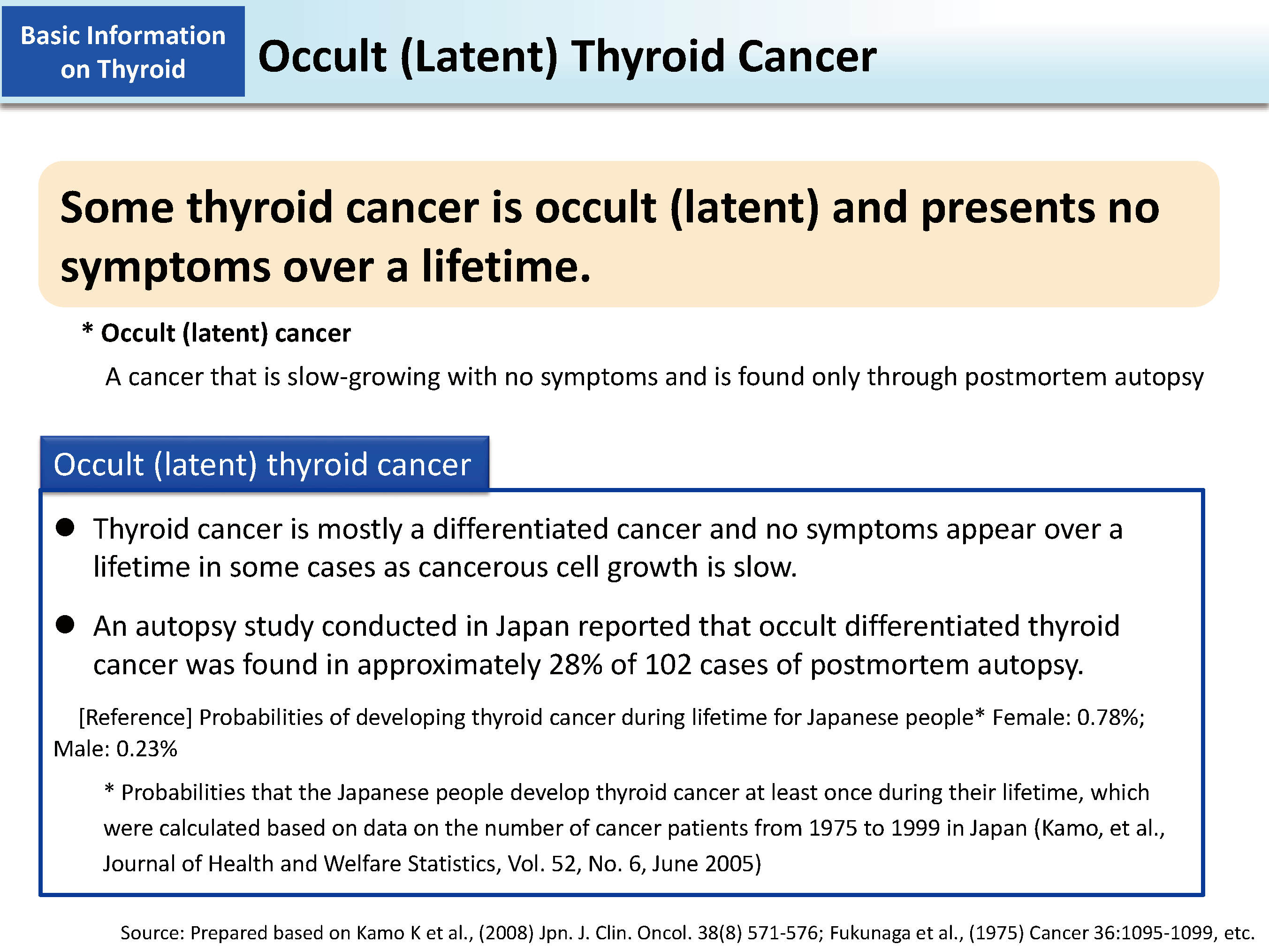 Some types of cancer present no symptoms and exert no effects on people's health throughout their lifetime and are not clinically detected but are later found through histopathology diagnosis (including postmortem autopsy). Such cancer is called occult (latent) cancer.

Based on an analysis using the cancer registry, probabilities that a Japanese person will develop thyroid cancer during his/her lifetime are 0.78% for female and 0.23% for male.1 For example, there was a report that as a result of postmortem autopsies for 102 cases conducted in Sendai in 1975, occult differentiated thyroid cancer was found in 29 cases (prevalence rate: 28.43%).2 These results also show that in many cases, thyroid cancer is an occult (latent) cancer without symptoms over a lifetime.