Radiosensitivity of Organs and Tissues 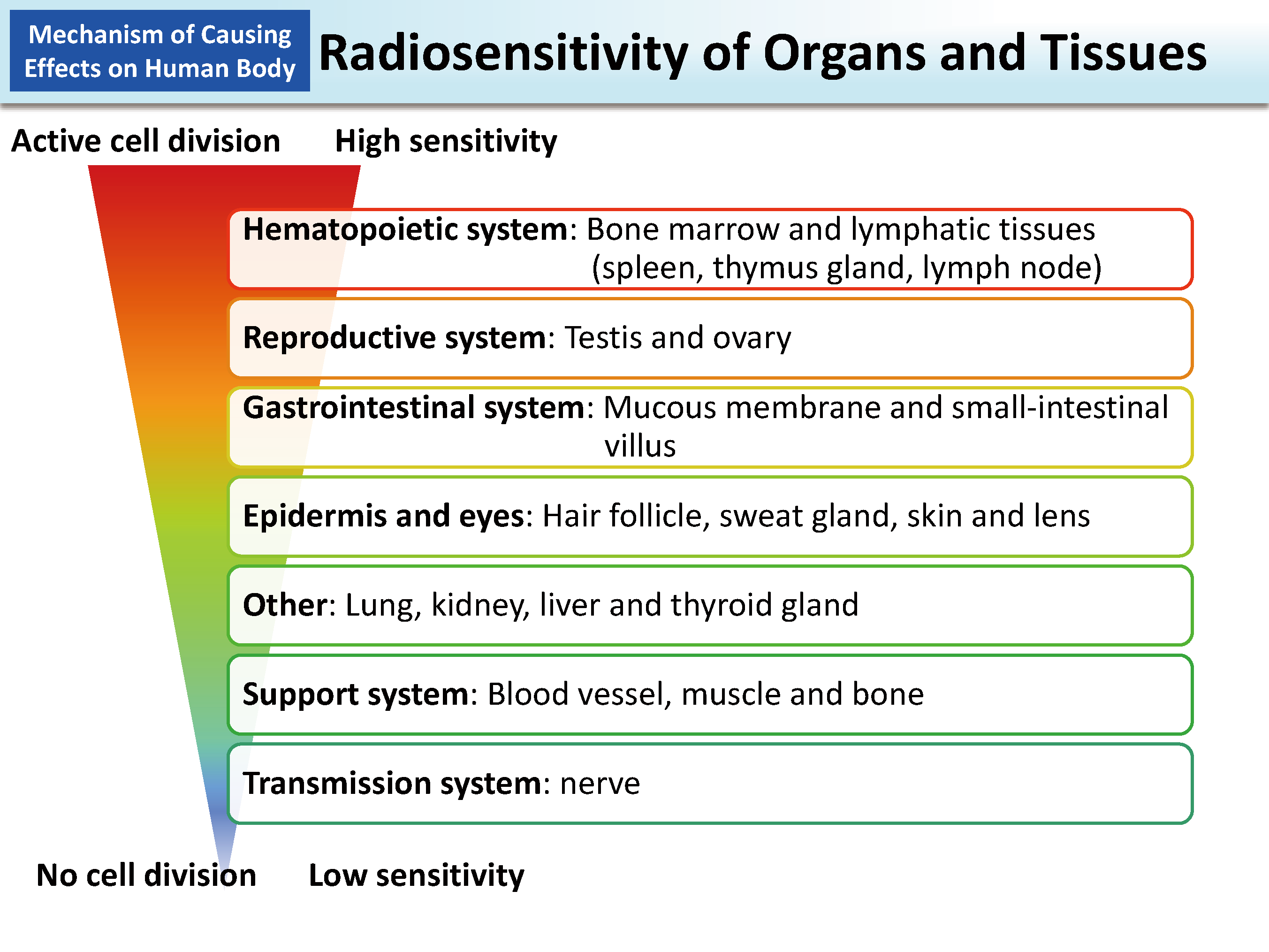 As a result, the supply of blood cells is suspended and the number of various types of cells in blood decreases. In addition, the epithelium of the digestive tract is constantly metabolized and is also highly sensitive to radiation.

On the other hand, nerve tissues and muscle tissues, which no longer undergo cell division at the adult stage, are known to be resistant to radiation.