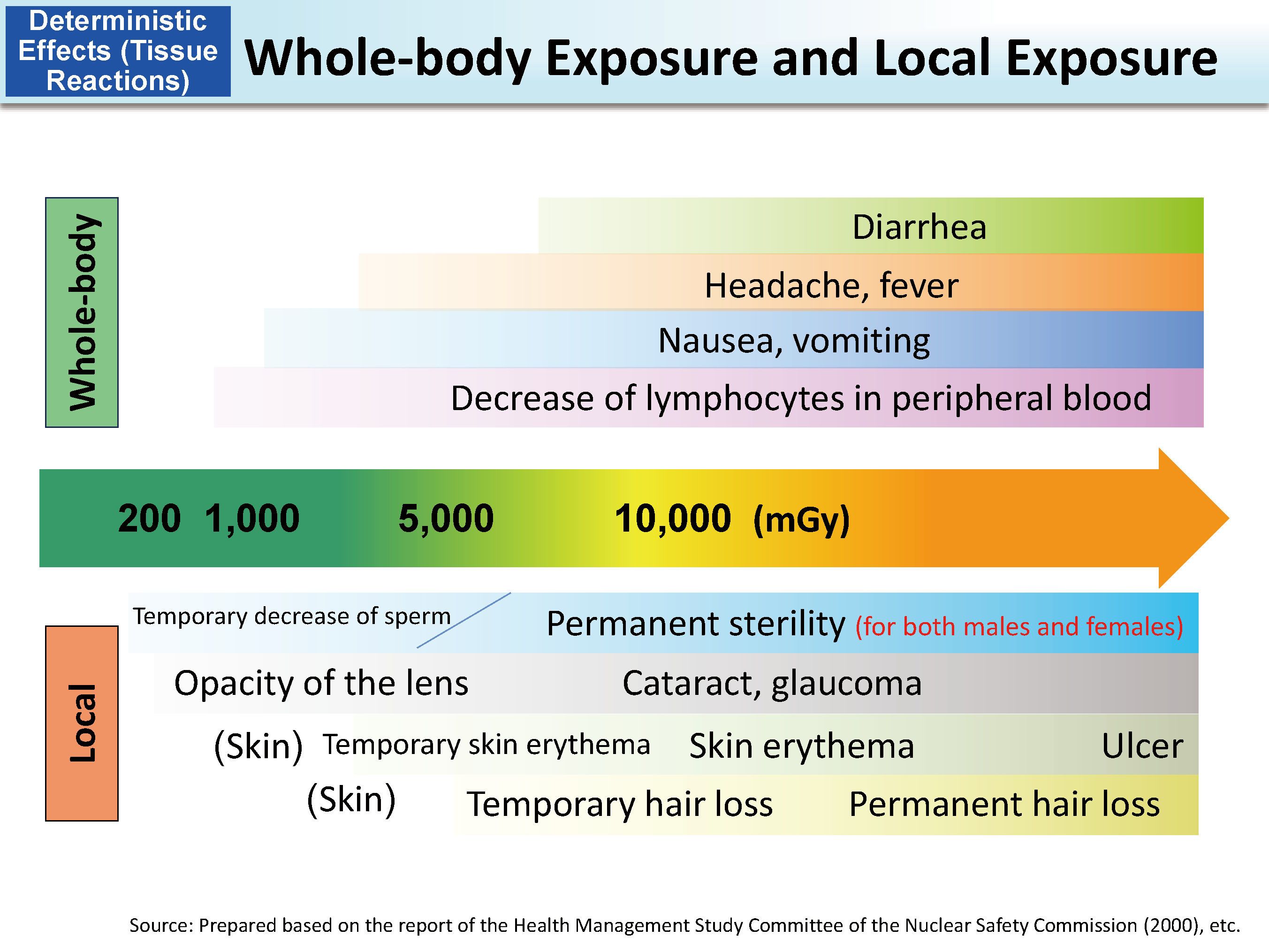 Radiation exposure at levels exceeding 100 mGy at one time may cause effects on the human body due to cell deaths. Organs highly sensitive to radiation are more likely to be affected with a small amount of radiation.

On the other hand, clinical symptoms may appear that require clinical care after exposure to radiation of more than 2,000 mGy at one time.

In the case of local exposure, disorders appear in the exposed organs.