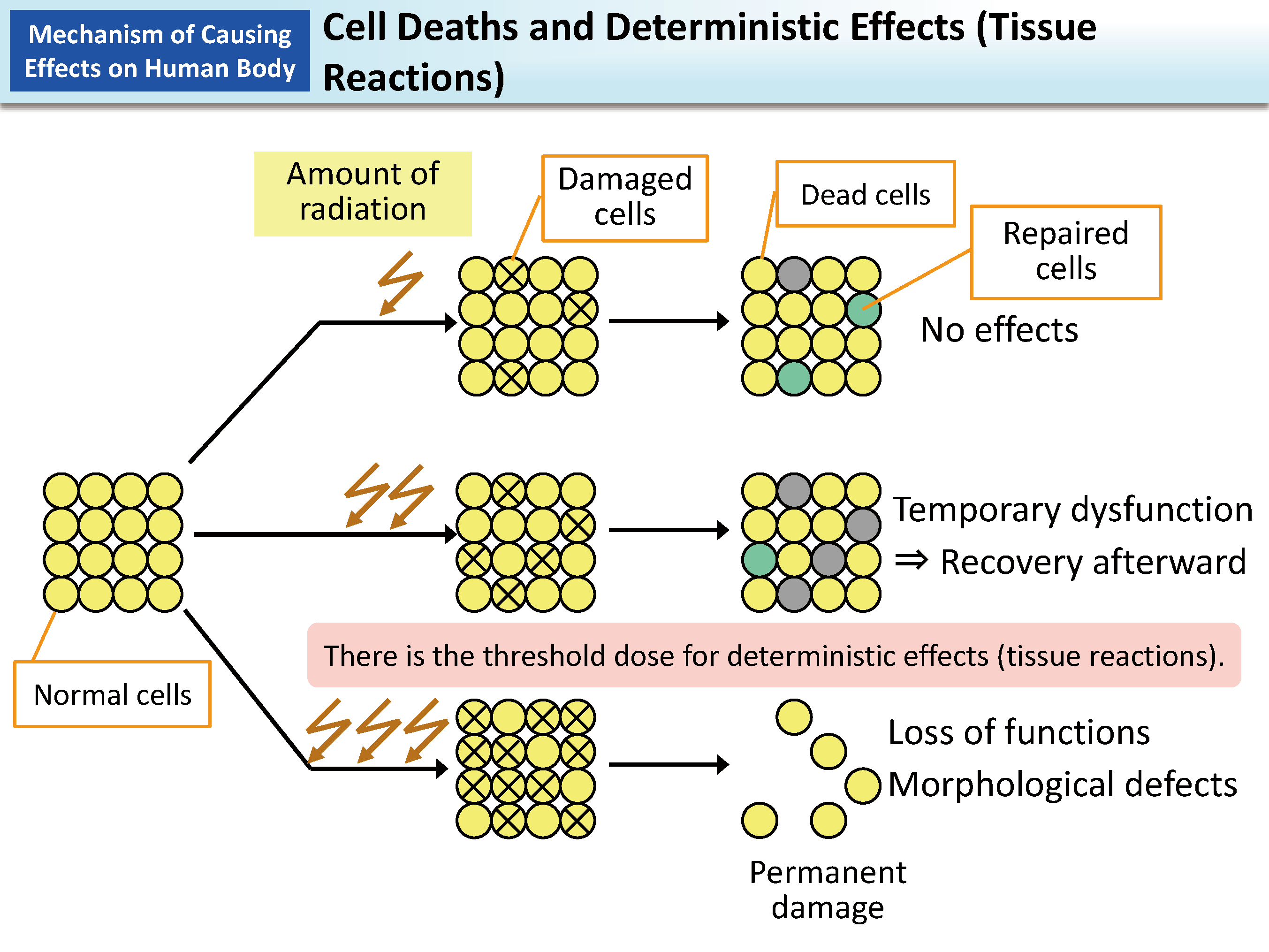 Even if some cells die due to exposure to a small amount of radiation, if tissues and organs can fully function with the remaining cells, clinical symptoms do not appear.

When the amount of radiation increases and a larger number of cells die, relevant tissues and organs suffer temporary dysfunction and some clinical symptoms may appear. However, such symptoms improve when normal cells proliferate and increase in number.

When cells in tissues or organs are damaged severely due to a large amount of radiation, this may lead to permanent cell damage or morphological defects.

In this manner, for deterministic effects (tissue reactions) due to cell deaths, there is a certain exposure dose above which symptoms appear and under which no symptoms appear. Such dose is called the threshold dose (p.97 of Vol. 1, "Threshold Values for Various Effects").