Lapse of Time after Exposure and Effects 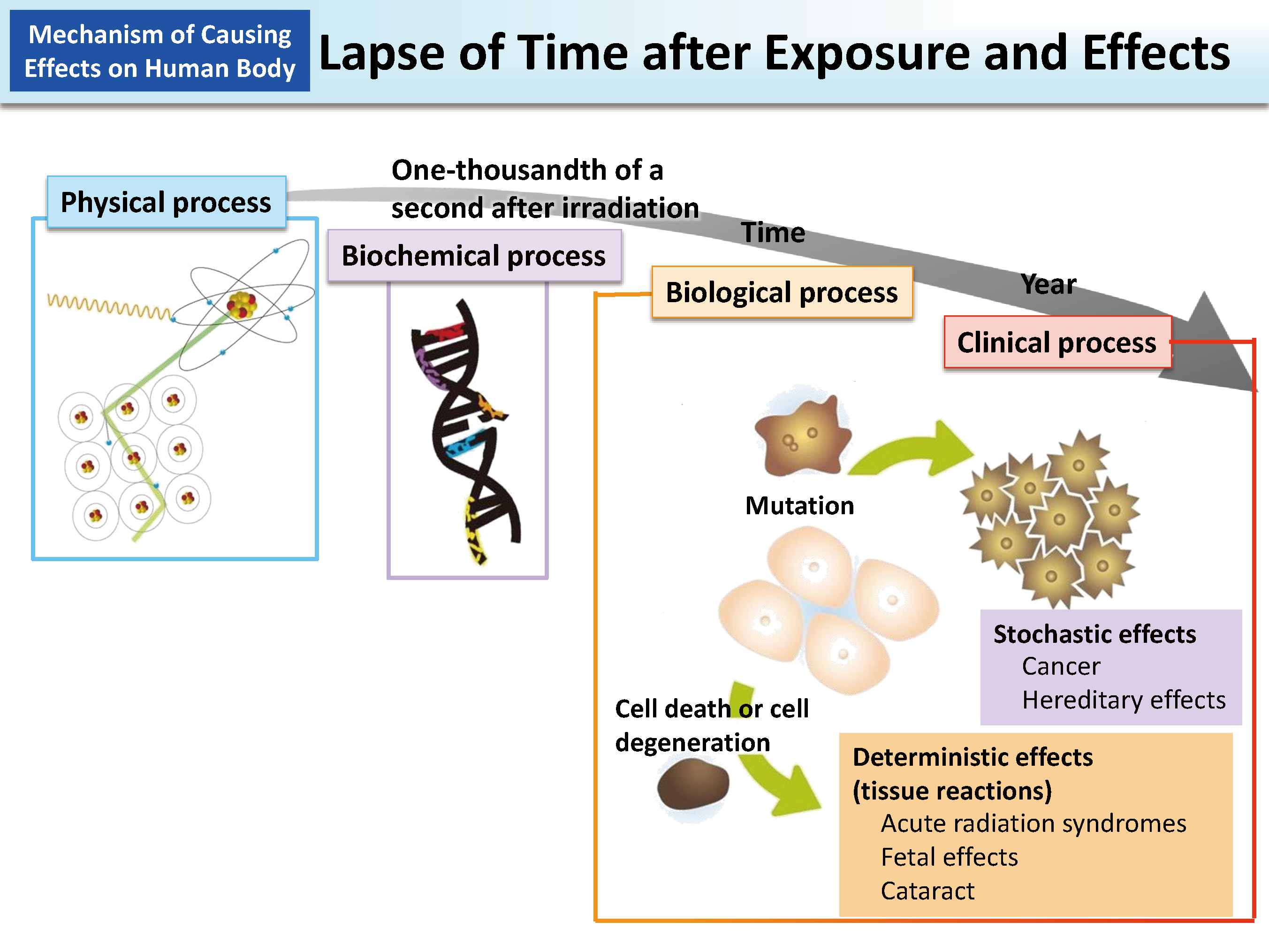 In as short a time as one-thousandth of a second after irradiation, DNA breaks and base damage occur. In a second after irradiation, DNA repair starts, and if repair fails, cell deaths and mutation occur within an hour to one day. It takes some time until such reaction at the cell level develops into clinical symptoms at an individual level. This period is called the incubation period.

Effects due to which symptoms appear within several weeks are called acute (early) effects, while effects that develop symptoms after a relatively long period of time are called late effects. In particular, it takes several years to decades until a person develops cancer.