Radioactivity in the Body and Dose Assessment 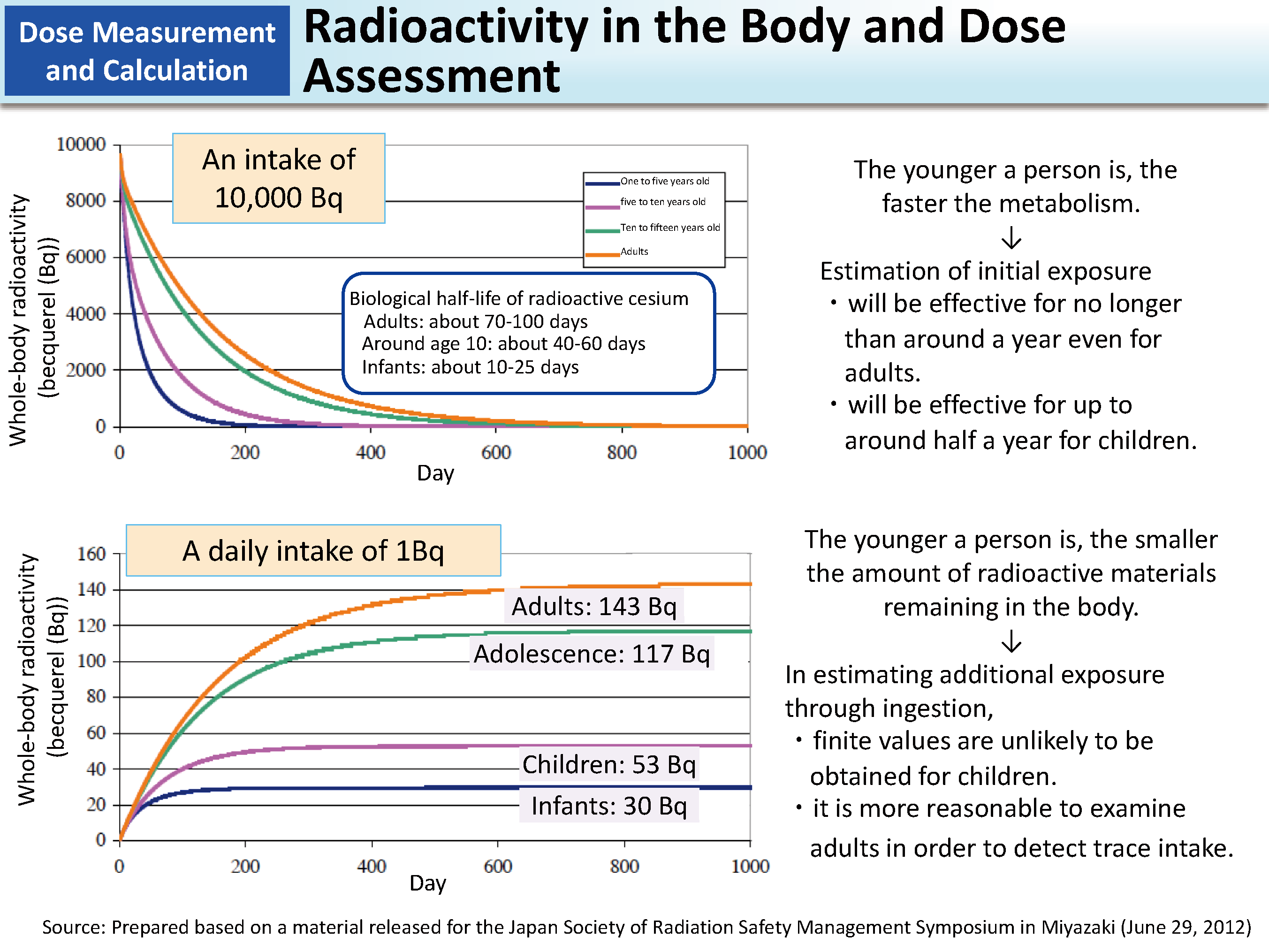 Whole-body counters (WBCs) can measure the content of radioactivity in a body on the day of measurement. Like other radiation measuring instruments, WBCs have a detection limit depending on their performance and counting time.

As radioactive cesium has a biological half-life of 70-100 days for adults (p.11 of Vol. 1, "Half-lives and Radioactive Decay"), around one year after the accident would be the time limit for estimation of the initial body burden (in the case of a single intake event at the beginning). As shown in the upper figure, the radioactivity of cesium incorporated into the body decreases to nearly zero, namely the level before the intake. Subsequent whole-body counting is performed for the purpose of estimating chronic exposure, mainly from foods (p.61 of Vol. 1, "Data on Internal Exposure Measured by Direct Counting").

In contrast, whole-body counting for children is likely to result in values lower than the detection limit because a trace amount of the initial intake can be observed for only around half a year and the residual radioactivity in the body accumulated by chronic intake is also small due to the rapid metabolism of children. In such cases, it would rather be reasonable to examine adults and estimate their internal doses in terms of understanding the internal exposure situation in details, taking into account the fact that the committed effective dose coefficients are similar for both children and adults even though their metabolism rates are quite different.

In order to estimate the committed effective dose from the measurement result for the radioactivity in the body (p.56 of Vol. 1, "Committed Effective Doses"), it is necessary to use an appropriate intake scenario and an appropriate model based on the exposure situation, such as acute or chronic intake, inhalation or ingestion as a dominant route of intake, the time when the intake started, and so on.