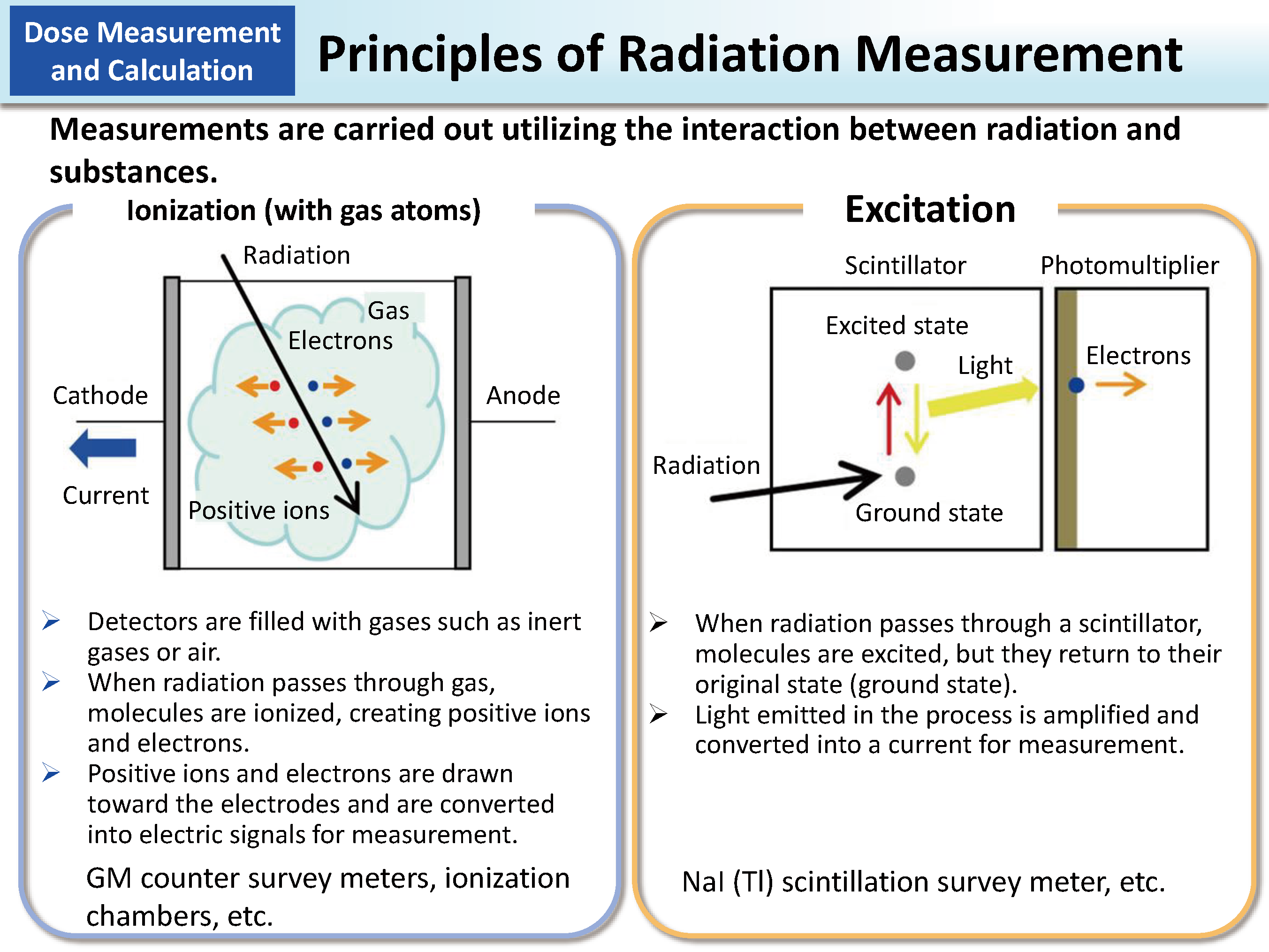 Radiation is known to interact with substances when passing through them. The amount of radiation can be measured utilizing the interaction between radiation and substances.

Geiger Muller (GM) counter survey meters and ionization chambers utilize the ionization between radiation and gas atoms. Ionization effect refers to the process in which radiation ejects electrons from nuclei in a substance. Detectors of GM counter survey meters and ionization chambers are filled with gases. When radiation passes inside a detector, it causes ionization of gas atoms, separating atoms into positive ions and electrons. Separated electrons and positive ions are attracted to the electrodes, causing a current to flow. This is converted into electric signals, which are then measured as the amount of radiation.

NaI (Tl) scintillation survey meters utilize excitation with substances. Radiation gives energy to electrons of nuclei, and when an electron jumps to an outer orbit, this phenomenon is called excitation. An atom in that state is unstable (excited), and when it returns to a stable state (ground state), it gives off energy in the form of light. This is called the excitation effect. A scintillator is a substance that emits light in response to incident radiation. Weak light emitted from a scintillator is amplified using a photomultiplier and is converted into an electric signal to measure radiation. Aside from NaI (Tl) scintillation survey meters, germanium semiconductor detectors also utilize the excitation effect for radiation measurement.

(Related to p.18 of Vol.1, "Ionization of Radiation - Property of Ionizing Radiation")