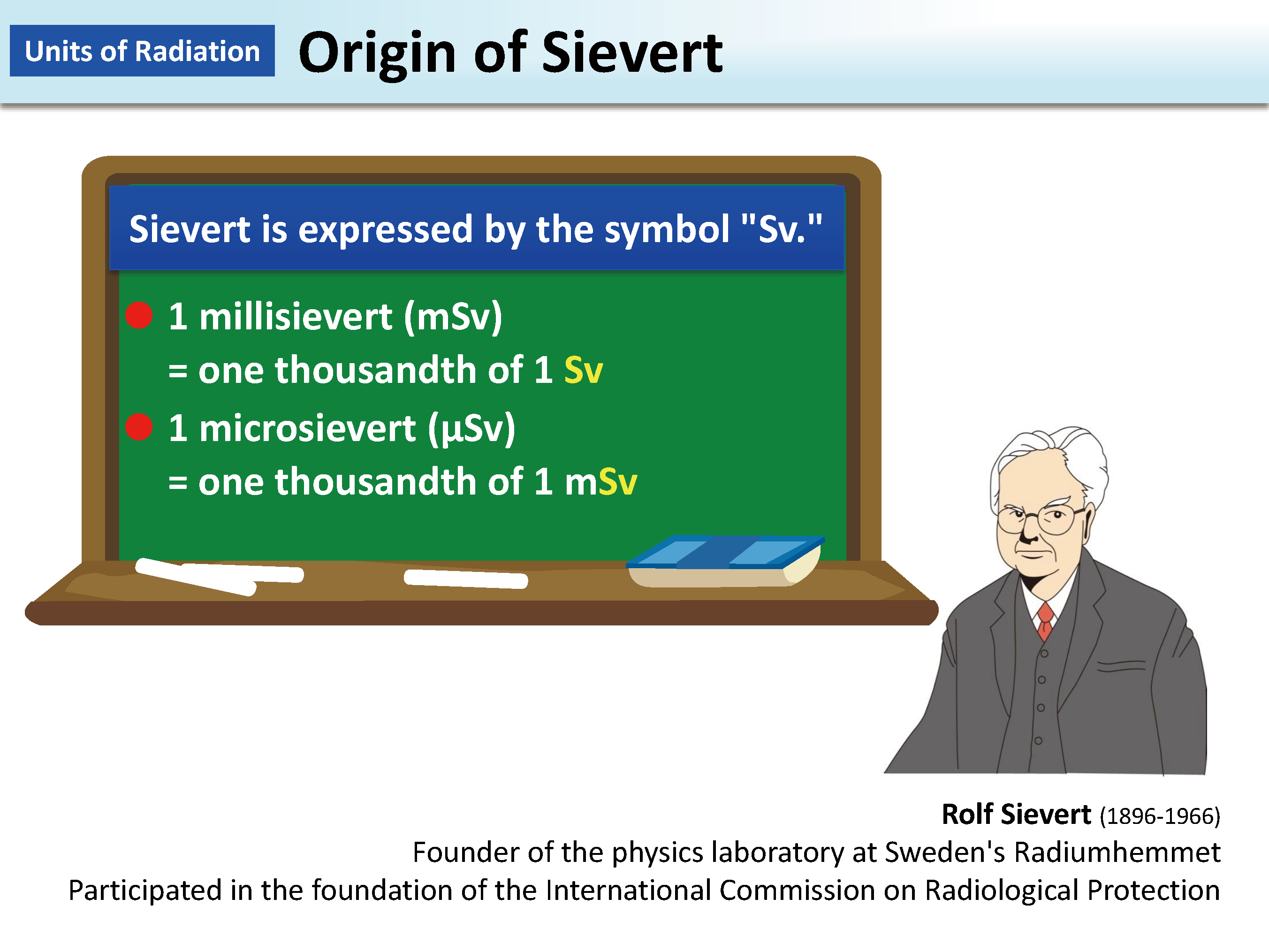 The unit "sievert" is named after Rolf Sievert, a Swedish researcher on radiological protection. He served as the chairman of the International X-ray and Radium Protection Committee (IXRPC), the predecessor of the International Commission on Radiological Protection (ICRP), and participated in founding the ICRP1. Millisieverts (one millisievert = a thousandth of sievert) and microsieverts (one microsievert = a millionth of sievert) are mostly used to express radiation doses that people receive in their daily lives.

1. It is said that George Kaye at the National Physical Laboratory played a central role in founding the ICRP. (Source: ICRP Publication 109, The History of ICRP and the Evolution of its Policies, ICRP, 2009)