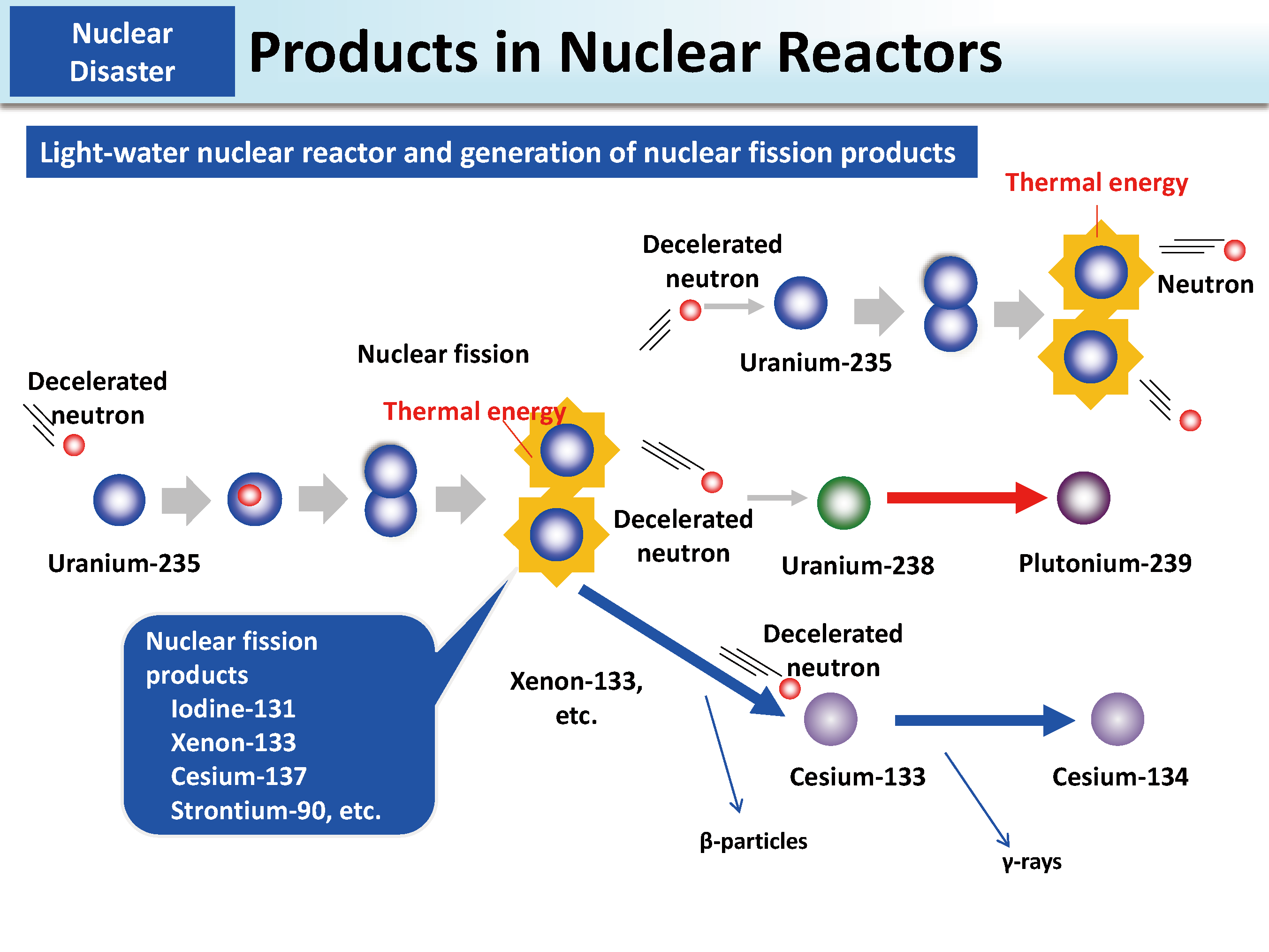 The light-water nuclear reactor is currently the most widely used type of reactor around the world (also used at Tokyo Electric Power Company (TEPCO)'s Fukushima Daiichi NPS). Bombarding enriched uranium fuel (Uranium-235: 3-5%; Uranium-238: 95-97%) with neutrons results in nuclear fission. Radioactive nuclear fission products such as Iodine-131, Cesium-137, and Strontium-90 are created in this process. When Uranium-238 is bombarded with neutrons, Plutonium-239 is created.

As long as the reactor is working properly, these products remain in nuclear fuel rods and do not leak out of the reactor.

Nuclear facilities are equipped with a variety of mechanisms for preventing leakage of radioactive materials, but if they all stop functioning properly, radioactive leaks will occur.