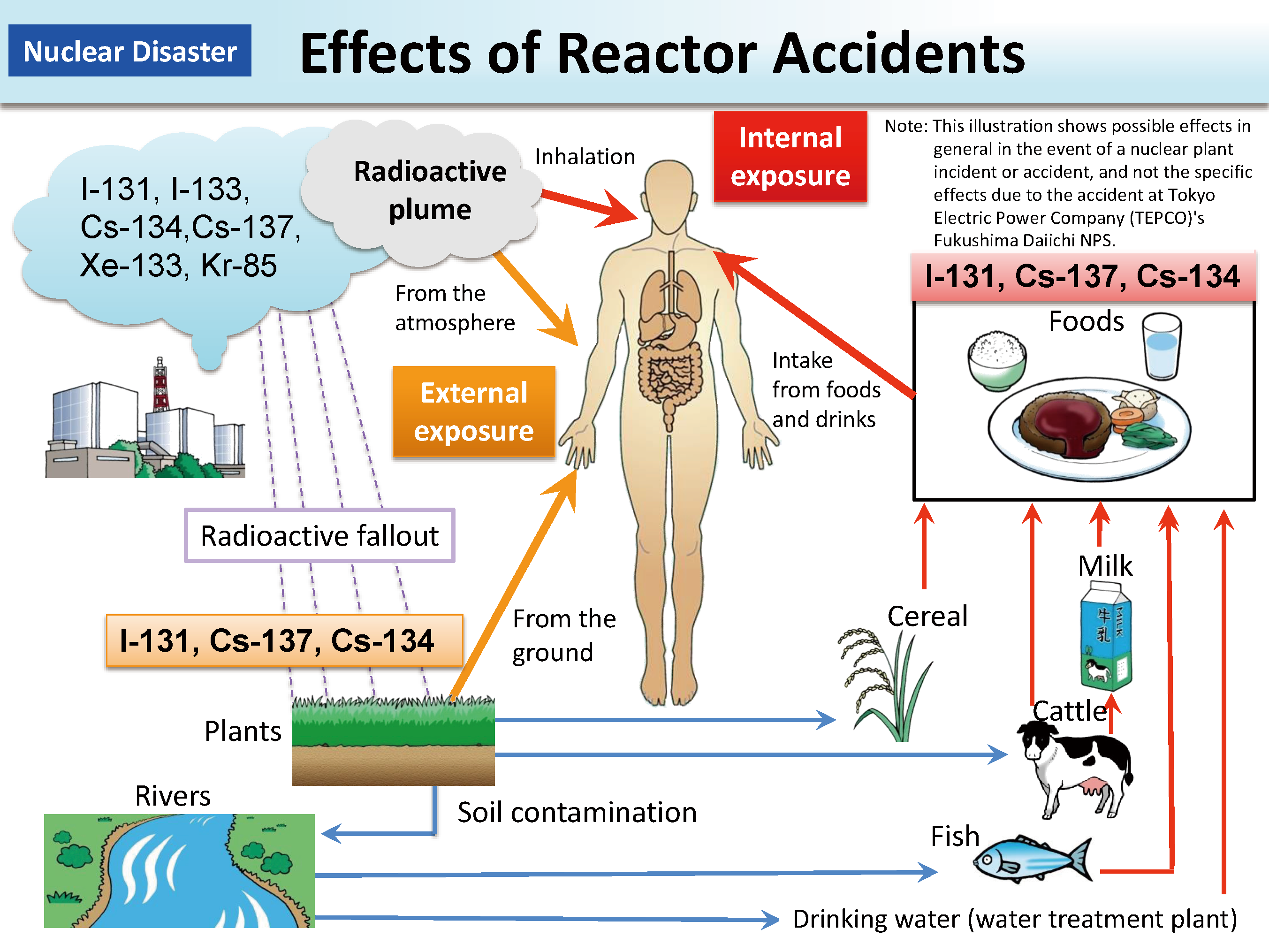 If an emergency happens in a nuclear facility and radioactive gas leaks, it flows into the atmosphere in a state called "plume." Plumes contain radioactive noble gases and aerosols (micro liquid droplets and particles), such as radioactive iodine and radioactive cesium.

Radioactive noble gases (krypton, xenon) are not deposited on the ground, and even if they enter the human body through inhalation, they do not remain in the body. However, aerosols, such as radioactive iodine and radioactive cesium, fall down gradually while a plume passes through and are deposited on the ground surface and plants. Therefore, external exposure from deposited radioactive materials may occur even after the plume has passed, and internal exposure may also occur if someone consumes contaminated drinking water or foods.