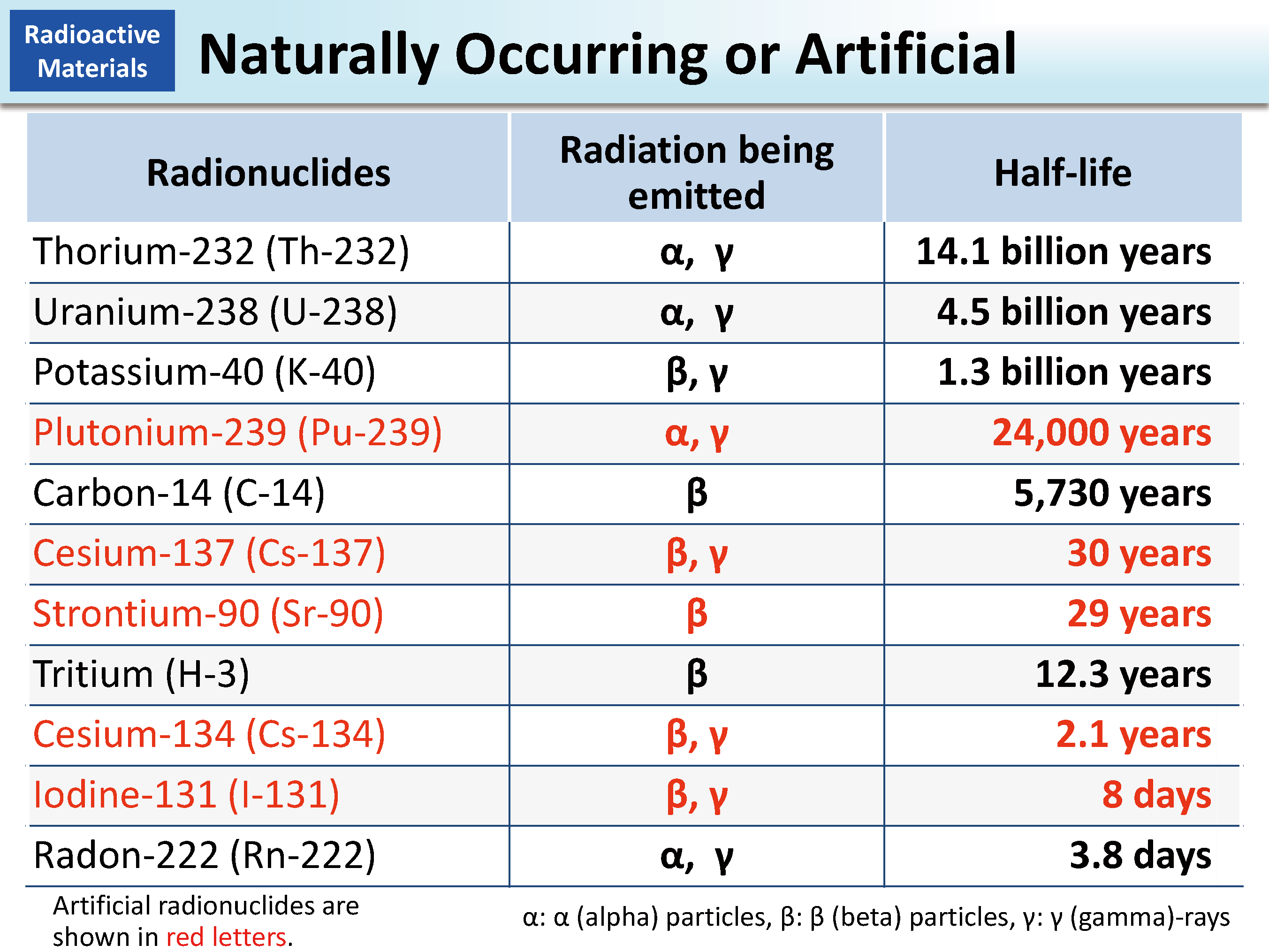 Radionuclides with long half-lives, such as Thorium-232 in the thorium series, Uranium-238 in the uranium series, and Potassium-40, were created in the universe in the distant past and taken into the earth when the earth was born.

Thorium-232 and Uranium-238 transform into various radionuclides by emitting α (alpha)-particles, β (beta)-particles, and γ (gamma)-rays before transforming into Lead-208 and Lead-206, respectively.

Carbon-14, which is also a naturally occurring radionuclide, is created when nitrogen that accounts for 78% of the atmosphere is hit by a neutron created as a result of collisions of cosmic rays and the atmosphere. Carbon-14 returns to nitrogen by emitting β-particles.

Cesium-134, Cesium-137, Strontium-90, Iodine-131, and Plutonium-239 can be released into the environment in the event of a nuclear plant accident. Some artificial radionuclides, such as Plutonium-239, have very long half-lives.