Pregnancy and Birth Survey: Achievement and Content of Support 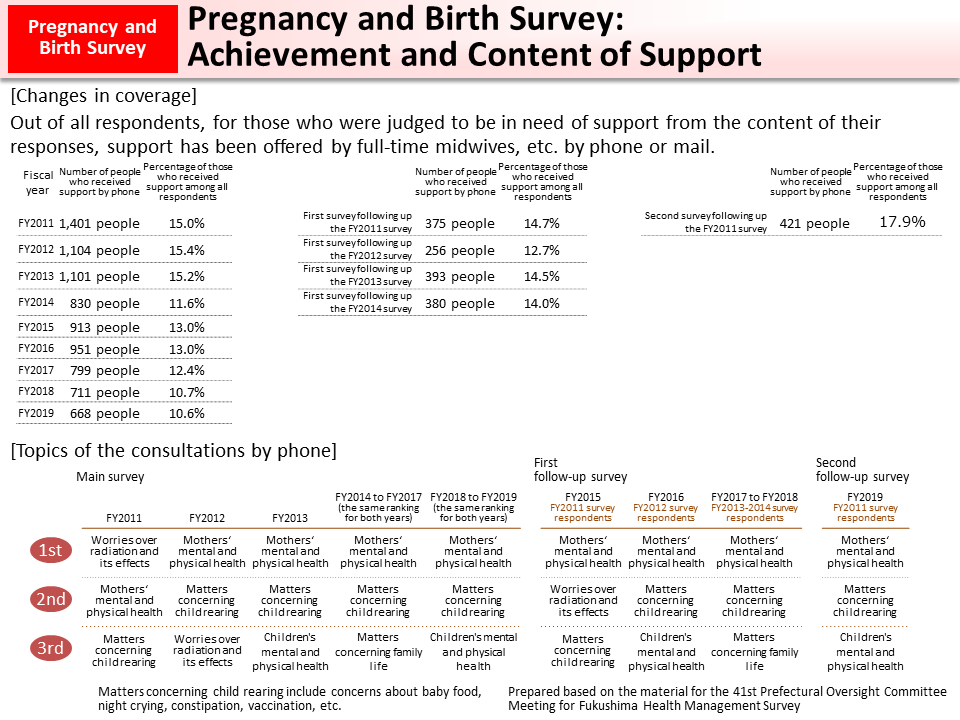 Immediately after the earthquake, the most frequent topic was worries over radiation and its effects, but the percentage of such consultations is declining over time. Since FY2012, consultations on mothers' mental and physical health and matters concerning child rearing have increased and now rank high.