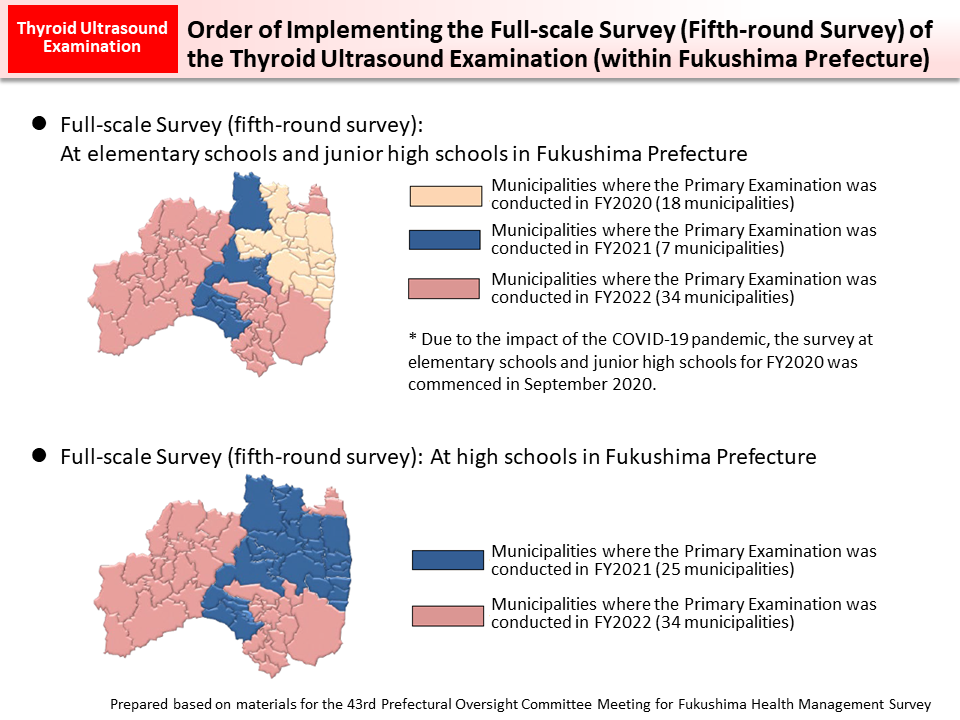 These are the results of the Preliminary Baseline Survey, which was the very first Thyroid Ultrasound Examination (FY2011 to FY2013).

Among the examinees whose results of the Confirmatory Examination were finalized, 66% were shifted to ordinary medical care covered by health insurance, and appropriate measures are determined by the responsible doctor, based on individual findings and circumstances.

Furthermore, 39.7% went through fine-needle aspiration cytology, and 116 examinees were diagnosed as malignant or suspicious for malignancy. Out of these examinees, it is known that 102 had surgery. However, not all the patients who are diagnosed as malignant or suspicious for malignancy are indicated for immediate surgery, and the decisions are made depending on the individuals' situations after the consultation among physicians, examinees, and their families.