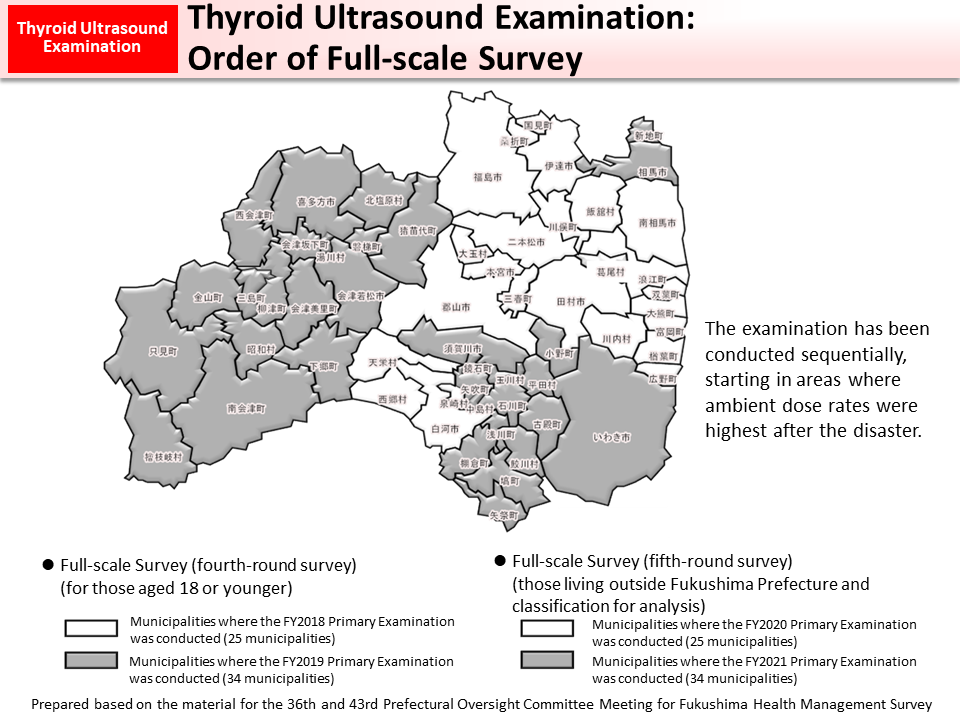 The Thyroid Ultrasound Examination has been conducted sequentially, starting in areas where ambient dose rates were higher at the time of the accident at Tokyo Electric Power Company (TEPCO)'s Fukushima Daiichi NPS.

For Full-scale Surveys following the Preliminary Baseline Survey, notices of the examination have been sent mostly in the same order.

Since FY2017, the examination has been conducted for those who become 25 years old in the relevant year, and then once every five years thereafter.