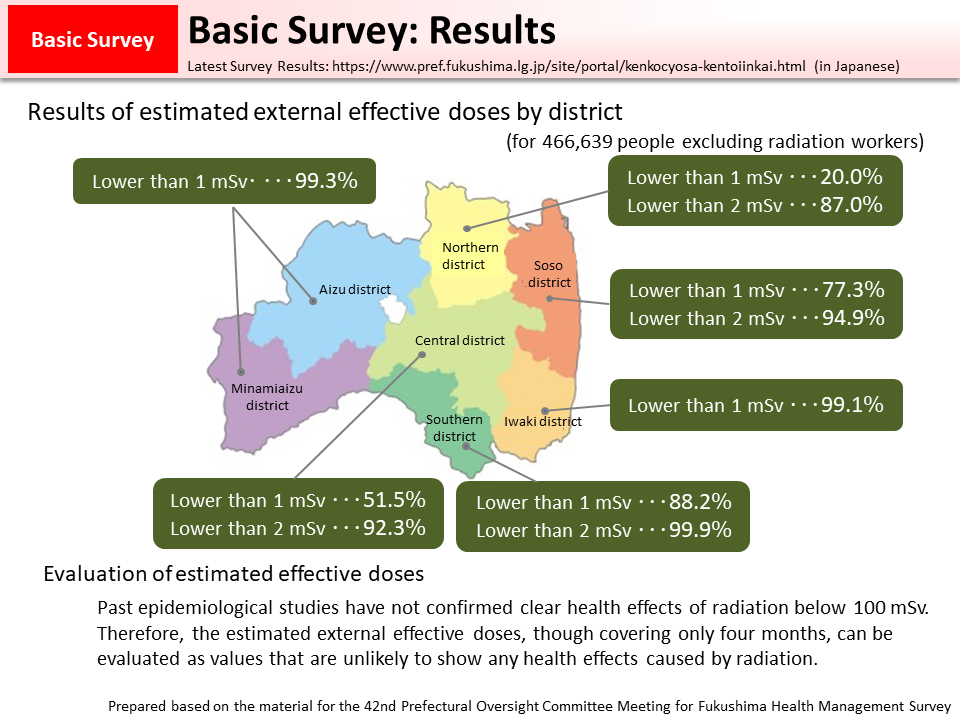 Out of a total of 554,320 people for whom external effective doses have been estimated by March 31, 2020, a total of 475,579 people submitted records of their behavior for the entirety of the four-month period for estimation. The figure above shows the estimation results of 466,367 people, excluding those who had engaged in radiation work, by district. As shown in the figure, people for whom estimated external effective doses were lower than 1 mSv accounted for 88.2% in the southern district, 99.3% in the Aizu and Minamiaizu districts, 77.3% in the Soso district, and 99.1% in the Iwaki district. The maximum value was 25 mSv estimated for a person residing in the Soso district.