BOOKLET to Provide Basic Information Regarding Health Effects of Radiation (1st Edition)
Chapter 9 Efforts toward Recovery from the Accident 9.4 Activities in Areas under Evacuation Orders 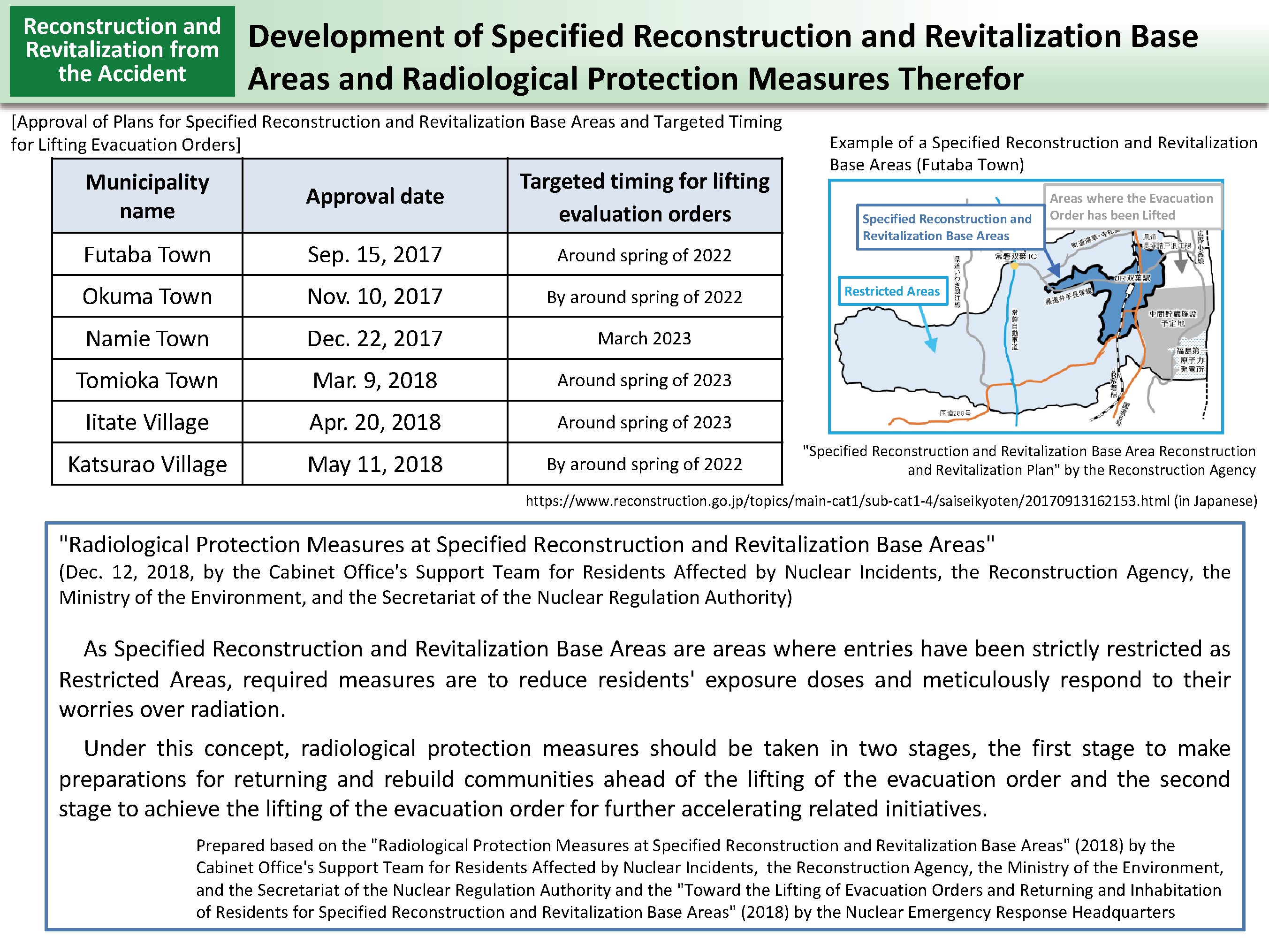 The Fukushima Innovation Coast Framework Workshop was first established in January 2014 with the aim of having people around the world witness the spectacular recovery of the Hamadori District at the time of the Tokyo Olympic and Paralympic Games in 2020. The Workshop compiled a report on the Fukushima Innovation Coast Framework in June 2014. The amended Act on Special Measures for Fukushima Reconstruction and Revitalization, which was promulgated in May 2017, provides for the promotion of the Framework and the relevant system was fundamentally strengthened with the creation of a ministerial-level council.

Efforts are being made to materialize projects in the fields of decommissioning, robotics, energy and the agriculture, forestry and fisheries industry, etc. and to form industrial clusters, foster human resources, and increase the number of visitors, etc.