Removal of the Designation of Areas under Evacuation Orders 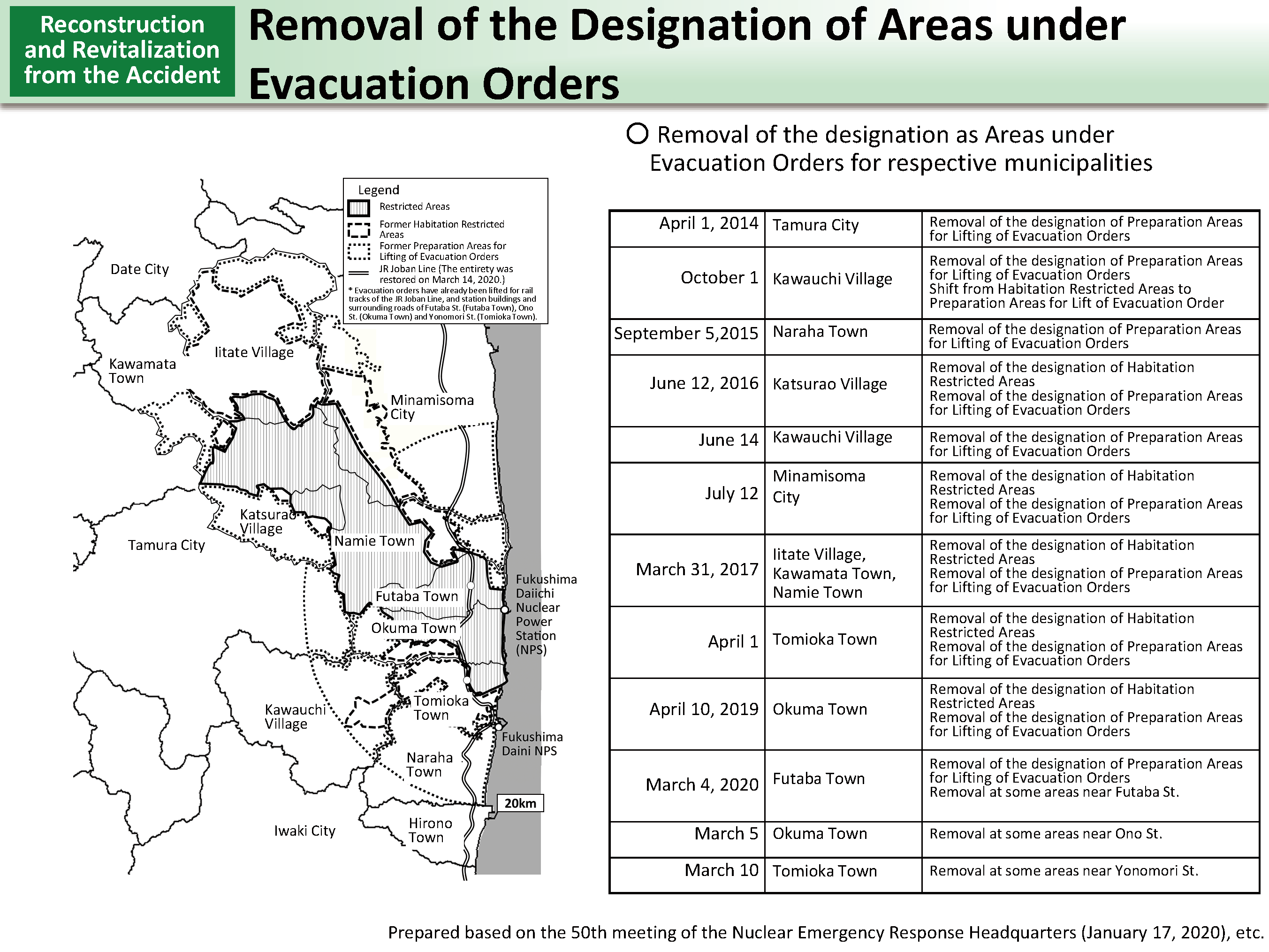 At the joint meeting of the Reconstruction Promotion Council and the Nuclear Emergency Response Headquarters held on March 7, 2013, it was pointed out that "a certain view should be indicated within the year" regarding the lift of evacuation orders. Accordingly, procedures to be followed for lifting evacuation orders were presented based on the discussions over the Cabinet decision on December 20, 2013, titled "For Accelerating the Reconstruction of Fukushima from the Nuclear Disaster." In order to ease returning residents' anxiety over health effects of radiation, measures are being taken to reduce radiation exposure and eliminate health concerns (risk communication program). These measures include deployment of counselors, development of counselor support centers, ascertaining and management of personal doses, and radiation monitoring.

In the meantime, evacuation orders were lifted by March 2020 for all areas designated as Preparation Areas for Lifting of Evacuation Orders or Habitation Restricted Areas, except for Restricted Areas.

Regarding Restricted Areas, evacuation orders were lifted for the first time for some areas in Futaba Town, Okuma Town and Tomioka Town within the Specified Reconstruction and Revitalization Base Areas designated as Restricted Areas, upon the reopening of the entirety of the JR Joban Line. Kawauchi Village and Hirono Town had recommended evacuation for areas other than Areas under Evacuation Orders designated by the national government, based on their independent determinations, but lifted the evacuation recommendation on January 31, 2012, and on March 31, 2012, respectively.

The latest information, the current status of evacuees and the details of the areas under evacuation orders in 12 municipalities are posted on the portal site, "Fukushima Revitalization Station".