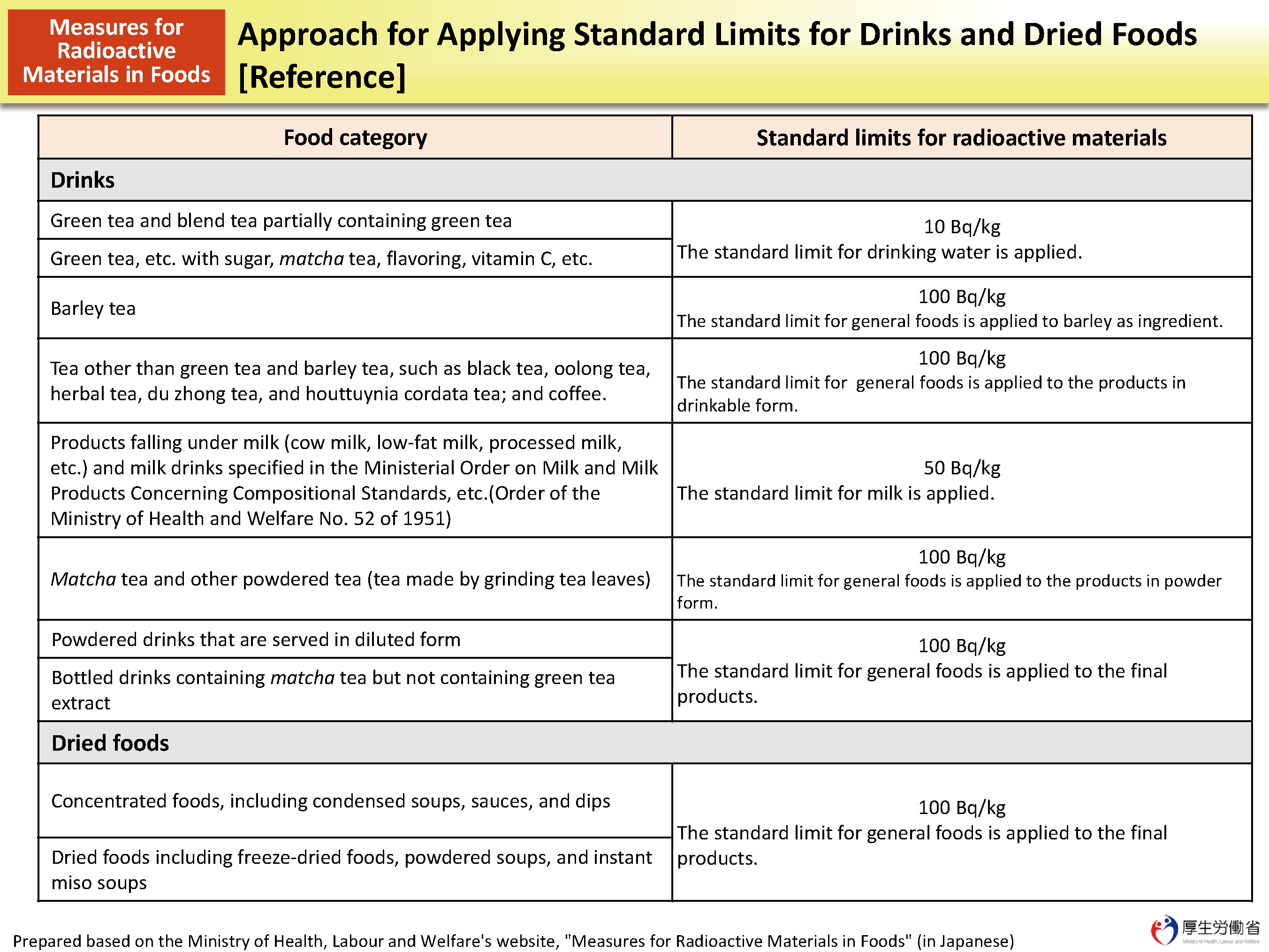 The table shows part of the standard limits for radioactive materials applied to drinks, condensed foods, and dried foods such as powdered soups that are served by dissolving them in cold or hot water. The details of each category are as follows.

* Dried foods: For some dried foods, the standard limit for general foods is applied to foods both in dried form and in edible form (reconstituted form). "Dried foods" refers to dried mushrooms, vegetables, and seafood, including sea weeds.

* Dried shiitake mushrooms: Basically, tests are conducted using ground samples to which an adequate amount of water is added. The amount of added water is based on the data (weight change rate)— made public in the Standard Tables of Food Composition in Japan—of the water taken into dried mushrooms as the result of reconstitution. As water used for reconstitution is often used as soup stock in Japan, the amount of radioactive materials migrating from dried mushrooms into the water needs to be determined. This method is equivalent to the testing being conducted by considering the amount of radioactive materials migrating from the samples into the water.

* Concentrated fruit juice: For fruit juice that is distributed in concentrated form for the purpose of transportation and that is surely reprocessed into diluted form at processing facilities before being sold for unspecified persons, the standard limit is basically applied to the products obtained by being diluted to the state of original fruit juice, based on the concentration factor. This is because such concentrated fruit juice is unlikely to be served for human consumption as is.

These standard limits are compiled in the "Q&As on the Setting of Standard Limits for Radioactive Materials in Foods" by the Ministry of Health, Labour and Welfare. (in Japanese)